IF FOR any reason we were suddenly called upon to choose one spice from among the many which we value, it would scarcely be surprising to find ginger regarded as the most indispensable member of the group. In our cookery we use it in several forms. Most familiar is the ordinary ground ginger which we use much like all the other ground spices, to flavor cakes, puddings and so on. Canton ginger—the root, preserved in a rich syrup—gives character to a number of luscious creams and delicate desserts; we shave it very thin or chop it fine, usually combining it with fruit and possibly nuts, in a real tutti-frutti mixture or to form a simple blend of flavors. The syrup of preserved ginger is equally useful.

In this group of recipes characteristic use is made of ginger in its various forms—uses which you will be able to adapt, no doubt, to other familiar recipes to give them a fillip and add new interest to them.

CHAVE very thin slices of Canton ginger; blanch ^ almonds, put them through the chopper and moisten with a little ginger syrup. Spread the almond mixture and thinly-sliced ginger between thin slices of buttered bread.

A fine white cottage cheese will also combine very nicely with the ginger.

Attractive open-faced sandwiches can be made by spreading rounds of buttered bread with the white cheese, adding a border of finely-minced blanched almonds or pecan meats, and placing a small thin piece of ginger in the centre.

Y Cupful of other shortening

3 2 Cupful of sour milk or buttermilk

Put the butter and lard or other good white shortening, the sugar, molasses, and all the spices, in a mixing bowl and stir

it over hot water until butter is melted; beat mixture hard, until creamy. Add the sour milk or buttermilk, the well-beaten eggs, then the flour which has been sifted several times with the soda and salt. Beat for two minutes and bake in a moderate oven, 350 deg. Fahr. The oven must be carefully regulated; molasses in a cake give it a tendency to burn easily.

Use the above recipe with only two cupfuls of flour; mix and sift a quarter cupful of cocoa with the flour, or melt one ounce of bitter chocolate over boiling water and add it to the batter at the last, along with a half cupful of broken walnut meats. Cover with chocolate icing.

Melt chocolate over hot water; scald the cream or milk, if you slightly increase the butter, and add very slowly to the melted chocolate; add salt and pour the mixture over slightly beaten egg yolk, stirring vigorously; add butter and sift in icing sugar until of spreading consistency. Add vanilla.

Add one cupful of shredded cocoanut to the plain gingerbread batter and when partially baked, sprinkle the top of the cake with cocoanut, which will brown delicately by the time the cake is finished.

Bake the gingerbread in a square pan and cut in squares to serve fragrant and hot, right from the oven. Put a generous spoonful of slightly sweetened whipped cream on each serving.

Or serve Spice Sauce with the gingerbread:

}■> Teaspoonful of allspice Pinch of ginger

U Cupful of sugar

ivicit butter and blend in the cornstarch smoothly; slowly stir in the milk; mix the spices with the sugar and add to the sauce. Cook until clear and before serving, add vanilla.

Far removed from the gingerbread family, this cake, which features Sultana raisins, Canton ginger and its syrup and almonds, is an exceedingly fine loaf cake, one that will do honor to any occasion.

Cream the butter thoroughly, add the very well-beaten eggs and the fruit sugar; mix the flour, sifted once before measuring, and baking powder well and sift them three times, then add to the mixture. The raisins, the preserved ginger sliced thin, the almonds blanched and chopped, should be lightly coated with a little of the measured flour held out for this purpose. Fold them into the batter and turn it into a long narrow loaf pan which has been buttered and floured. Bake in a slow oven, 320 deg. Fahr. The cake will show no sign of rising for a long time, but must not be hurried. Blanched almonds spread over the top of the batter will give a very nice finish to the cake.

This is a most delicate and delicious dessert—an excellent substitute for ice cream at a party or a festive sweet course for dinner or luncheon.

Soften the gelatine in the cold water for five minutes. Scald the milk, pour it over the slightly beaten egg yolks and return to the heat, with the salt and sugar added, and stir constantly until the custard thickens. Add the softened gelatine, and when dissolved, strain into a bowl and chill in a pan of cracked ice or very cold water. Add flavorings, and when mixture begins to set, fold in the thinly-sliced ginger and the stiffly-beaten cream. Turn into a mold wet with cold water, to set and chill. More whipped cream, sweetened and flavored with a dash of the ginger syrup, may be used to garnish the mold when it is turned out to serve. Instead of setting the cream in a mold, it may be poured into the sherbet glasses from which it will eventually be served; top it with whipped cream and a slice of ginger or a cherry.

Cream the butter well and gradually work in the sugar; beat eggs light and add them. Add milk alternately with the well-mixed and sifted dry ingredients. Shave the ginger very thin, and add it and the ginger syrup. Turn into a wellbuttered mold or individual molds, cover with waxed paper and cook in the steamer over boiling water. Allow one and three-quarter hours for large mold or one hour for small molds. Serve with sweetened and flavored whipped cream or with a cold custard sauce flavored with a little of the ginger syrup. 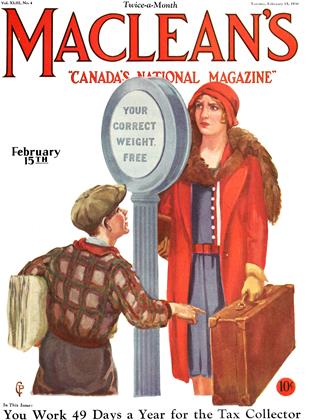