THERE is a tang to a spicy flavor which is unique. It makes the spiced dish particularly valuable to offset the bland flavors that may otherwise

First, a word about the spices themselves. Every ausekeeper knows how quickly ground spices lose their otency unless they are kept under ideal conditions, e sure, therefore, that your spices are fresh and pure hen you buy them, and have absolutely air-tight mtainers for them on your own pantry shelf.

Of course, it goes without saying that the spices jy should be absolutely pure. Our government aards you by laws against adulteration; the individual irries on the good work of protection for herself jying spices under a reputable brand and from îaler on whom she can absolutely depend. It is >o, to buy only a small quantity at a time—and, 1, there is a lot of flavoring in an ounce of spice !

The spices which prove most useful in the average Dusehold are: whole cloves, ground cloves, nnamon, ground cinnamon, ground mace, jtmeg which you can grate yourself as you require •ound allspice, whole allspice, ground ginger. One so buy a very good blend of spices usually mixed pudding spices” or “pastry spice;” or you xe to make up a little tin of mixed spice for yourself— 3U can play with proportions to get them to xing, using as a basis one teaspoonful of cinnamon id one quarter of a teaspoonful ich of ground mace, cloves and utmeg. In your savory cooking you ill no doubt find uses for whole lspice berries, some peppercorns, ny hot pepper pods, and in this mnection we might add bay leaves 3d mention too, such useful herbs s dried parsley, sage, savory, thyme, hich will be the closest neighbors to our spices on your flavoring shelf, nd by the way, before getting too ir away from the subject of those hole spices, let me mention that the est way of using them is to tie them 'osely in muslin or cheesecloth, aving a long string attached so lat they may be easily removed hen they have imparted sufficient avor to the dish in which they are Hiking.

Here are some favorite dishes in íe prearation of which the inimitble touch of spice gives flavor:

with the apple sauce. Mix and sift together dry ingredients and add them and the raisins, which have been lightly coated with a little of the measured flour. Turn into a buttered loaf pan and bake in a rather slow oven, 325 deg. Fahr., for.forty-five minutes or longer, according to depth of cake.

Dates may be substituted for the raisins and chopped nuts may always be added. Do not cut the day it is baked; this cake retains its moisture well.

Cream the shortening and sugar well and combine

Cream butter well and work in sugar. Add molasses and warm milk. Mix all spices and salt with the flour and stir into the first mixture alternately with the coffee infusion, and after that, add the well-beaten eggs. Add the orange juice and grated rind and the soda dissolved in the warm water. Beat vigorously for several

minutes, then turn into a buttered and floured loaf pan or fairly deep square pan and bake in a moderate oven, 350 deg. Fahr., forty to sixty minutes.

The gingerbread recipe just given is especially good served hot as a pudding. It should be cut in slices or squares according to shape and heaped generously with sweetened whipped cream. Or if you prefer, serve it with hot vanilla sauce or with hard sauce.

Spice sauce is remarkably good with so many puddings that it should be more widely known. It is admirable on plain or fruited steamed puddings and also on those of the type I shall give you, an exceedingly good plain cottage pudding. For the batter:

Cream shortening well, work sugar in gradually, add well-beaten egg and stir in alternately small additions of milk and the well-mixed and sifted dry ingredients. Turn into an oblong or square pan which has been greased and floured lightly and hake in a moderate oven, 375 degrees Fahrenheit, between thirty and thirtyfive minutes.

For the spice sauce:

Melt butter in saucepan, remove from fire, blend in smoothly the cornstarch or flour, return to heat and gradually stir in milk; cook, stirring constantly, until mixture thickens. Mix and sift the spices together, mix well with the sugar and stir into the sauce. When serving, add vanilla.

Hard sauce, always popular, is given additional interest for some purposes by a flavoring of spice. Use:

Cream the butter very light and work the sugar into it gradually, then add your spices to taste—just cinnamon if you like, with a dash of vanilla, or any mixture of your own or the mixed pastry spices.

Distinctly one of those dishes which depend in part for their excellence on the nicety of their spicing, pumpkin pie, since good canned pumpkin has become available, is an all-year-round favorite. It should have a short and rich or flaky paste and may be served plain or given a creamy topping.

Individual pumpkin tarts are sometimes a little more festive in appearance, if garnished with whipped cream.

For the paste for two pie shells:

Sift the salt with the flour and cut in half of the shortening, using a short, chopping motion with a knife or pastry blender. Add just enough very cold water to make a paste that will roll. Roll in a thin sheet, dot half its surface with half of the remaining shortening divided into small pieces, fold over the other half of the sheet of paste to enclose as much air as possible, pinch edges together and roll out again in a thin sheet. If at all soft at this stage, fold and chill. Again dot half the surface of the sheet of paste with the remaining shortening, fold and roll as before. This paste may be used at once, or will keep splendidly, if closely covered, in a cold place.

The pumpkin used may be either canned or stewed and strained. In either case, if it should be too moist, put it in the top of your double boiler over hot water to dry out a little. Mix the sugar, salt and spices with the pumpkin several hours before cooking, to allow their flavors to blend; they may stand overnight. To finish, add the slightly-beaten eggs and the rich milk or a mixture of milk and cream. Turn into a pie plate that has been lined with the paste and grate a little nutmeg over the top. Put into a hot oven at first, to set the paste, and after about ten minutes reduce the heat to that of a rather slow oven. This procedure is necessary when we are baking together a paste for which a hot oven is preferred, and an egg mixture for which that hot oven would be fatal if continued long enough; but by reducing the heat before the egg mixture has had a chance to become too hot, this difficulty is avoided. When the pie is cooked, cool it, and for special occasions cover it with sweetened whipped cream and drop a few dabs of bright red currant jelly on the surface.

2 Tablespoonfuls of flour with which to coat raisins

Cream the shortening well, work in the sugar, add the raisins coated with the two tablespoonfuls of flour. Beat the egg well, add it and beat vigorously. Mix and sift together all the remaining dry ingredients and add them alternately with the milk. Beat well again and pour into the buttered and floured sheet cake pan. Over the top, sprinkle two tablespoonfuls of granulated sugar mixed with one teaspoonful of cinnamon. Bake in a moderate oven, 350 deg. Fahr., for about half an hour. Or bake the mixture in tiny gem pans or paper cake cups, cover with confectioners’ icing and top with a bit of candied fruit or angelica.

For a very fluffy icing, use:

1 Cupful of granulated sugar 3 3 Cupful of boiling water Pinch of cream of tartar, or 3 3 Teaspoonful of light corn syrup

Mix in saucepan and put over heat, stirring until sugar is dissolved; boil gently until a few drops in cold water will form a soft ball, 238 deg. Fahr.

For the fluffier icing use two egg whites, but one will make it successfully. Beat stiff and slowly pour in syrup, beating constantly and continue to beat until frosting is of spreading consistency. Add half a teaspoonful of vanilla.

Beat the eggs well and beat the sugar into them very thoroughly, melting as well as possible. Mix flour well with other dry ingredients and sift gradually into mixture, which will become quite stiff. Toss it out on lightly floured board and knead it, then roll and cut in little pieces which have been shaped with your hands into balls about the size of a hickory nut. Place some distance apart on buttered pans and bake in moderate oven.

Have ready a little heavy syrup of sugar and water. Moisten the surface of the cooled spice balls with it and roll in sliced Brazil nuts.

1 Cupful of rich or evaporated

Cream shortening and work sugar in well. Beat eggs very light, add to mixture and beat two minutes. Mix and sift dry ingredients and add alternately with the liquid; when very thick, the remainder of the flour mixture may be kneaded in.

Cream shortening well and work in sugar. Add well beaten eggs. Mix and sift the flour, spices and salt and add alternately with the coffee, in which the soda has been dissolved. Add fruit and nuts, which have been lightly coated with a little of the measured flour. Drop by teaspoon on a greased tin and bake in a slow oven. 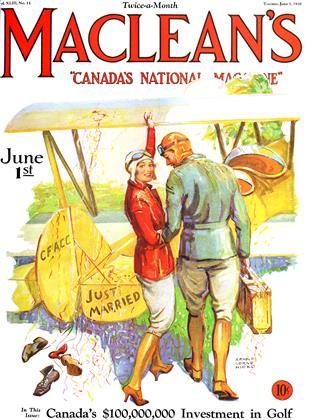