ALTHOUGH it may be true that the United States has a few things which Canadians would be glad to possess, tornadoes, of which they get more than their share, are not among them. It seems odd that there should be practically none in Canada while our neighbors to the south suffer an average loss of 310 people each year from that cause, but, according to the Daily Science News Bulletin, such is the case.

“Tornadoes of America are confined almost entirely to the mid-West, where the most destructive one to visit this country swept through Missouri, Illinois, and Indiana in March, 1925, killing 695 people, injuring 2,027, and destroying $16,500,000 worth of property.

“St. Louis has suffered from tornadoes more than any other American city, because that city happens to be the biggest target in their territory, and they naturally hit it often. In May, 1896, one of these ‘twisters’ killed 255 people in the Missouri city, and again in September, 1927, eighty-five people were killed, 1,300 injured, and $15,000,000 worth of damage was done.

“In spite of the great havoc w'rought, the tornado’s career is brief. The entire storm seldom lasts longer than an hour, and not more than a minute in any one place. It usually cuts a path about thirty miles long and only 1,000 feet wide, so narrow that the U.S. Weather Bureau advises that if underground shelters are not available, one should try to run out of the path of the approaching storm.” Concerning the make-up of a tornado, the article continues:

“The tornado itself is a whirling vortex or funnel of winds reaching high up into the sky. It travels from twenty-five to forty miles an hour. The velocity of its whirling winds has never been measured, but, judging by the destruction they do, meteorologists say their speed must reach 400 and 500 miles an hour. In the storm’s centre a slight vacuum is created which is largely responsible for the many miraculous feats credited to tornadoes. When this area of low pressure surrounds a house, it literally causes the structure to explode, because of the higher normal atmospheric pressure remaining in the house which must have immediate outlet.

“Meteorologists have not yet satisfactorily explained the conditions existing between the Rocky and Appalachian mountains which are best suited for the birth of tornadoes. They believe that currents of air blowing in opposite directions at the cloud level set up the initial whirl, which at certain times will extend to the ground and form a tornado.

“This is most likely to happen in the southeastern portion of a low-pressure area that is especially well developed in a north and south direction. The tornado will also be encouraged by a highpressure area following close behind the low as it moves across the country from west to east. The cool air of the high tends to replace the warm air of the low, and the warm air near the ground is driven up through the whirl with an enormous display of energy.

Regarding the risk, we are told:

“In spite of the fact that tornadoes are so damaging when they strike, even in the most threatened area, houses stand much less danger of being injured by tornadoes than from being hit by lightning or burned. But the chances for greater total destruction are increasing as the population increases.” 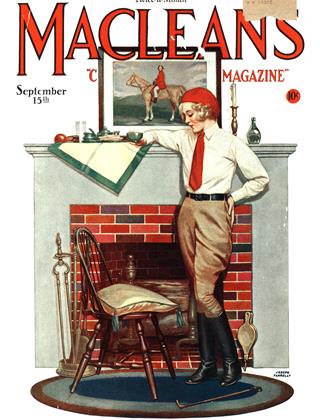