denced by the Cha m pi on-e qui pped landing gear to Pratt and Whitney and landed the Wasp engine which powered the monoplane fuselage. Photo “Miss Veedol” on the first non-stop, transpacific crossing by plane, in its flight around the world. FULL credit for the first nonstop, trans-Pacific crossing by plane belongs to the intrepid fliers Hugh Herndon, Jr. and Clyde Pangborn. Their epoch making flight added a new page to aviation history comparable only to Colonel Lindbergh’s immortal flight. They successively crossed the Atlantic, set a new record between London and Tokio, and spanned the Pacific. They encountered every extreme of heat and cold, fog, rain, sleet, and snow. The faultless performance of the Bellanca plane, Wasp engine and Champion Spark Plugs fully justified the confidence they placed in them. The absolute dependability of Champion Spark Plugs is traditional. It is under the severe stress of record making events like the Herndon-Pangborn flight that Champions dramatically demonstrate, under all extremes of both weather and service, that they are indeed Champions both in name and The Champion Spark Plugs for your engine are identical in ma-

The intrepid character of Ilerndon and Panghorn is evidenced by the fact that they deliberately released their landing gear to lighten the load, soon after taking off, and landed the ship at Wenatchee, Washington, on its fuselage. Photo shows ship immediately after landing. terials, fundamental design, and manufacture, to those used by first nonthe world’s foremost drivers and crossing by pilots of racing cars, motor boats the intrepid and airplanes. Because they Jr. and make every engine a better perTheir epoch forming engine, they continue a new page year after year to excel and outcomparable sell throughout the world . . . Lindbergh’s imChampion Spark Plug Co., of Canada, Limited, Windsor, Ont.

Hugh Herndon, Jr., left, and Clyde Pangborn, right, upon landing wired “Champion Aero A Spark Plugs used on our Miss Veedol flying across both Atlantic and Pacific oceans functioned perfectly in every kind of weather.” 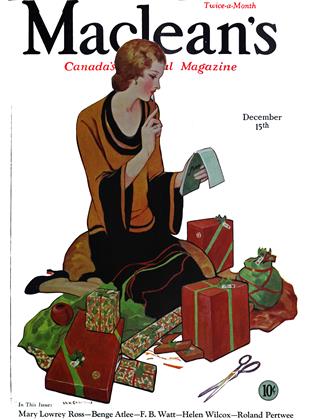