FOR the past twelve years the city of Vienna, capital of Austria, has been under Socialist rule, and the manner in which the Socialists have governed the city is thus reviewed by Morrow Mayo in Current History :

“Vienna, capital of Austria, with a population of 1,860,000 is the largest city in the world that is under Socialist rule. The Social Democrats, or Austro-Marxists, gained control of its government in May, 1919, and have been gradually strengthening their position ever since.

“The socialization programme of the Austro-Marxists embraces municipal ownership and management of public utilities, municipal housing, competition with and penetration into private business, penalization of private property, graduated taxation resting heavily on the rich (and with increasing severity upon ascending standards of living) and municipal acquisition of the land. It strives to reduce personal wealth, and aims to provide cheap gas, cheap electricity, cheap transportation, and good housing for the poor. Socialist legislation undertakes to watch over the citizen from the cradle to the grave, starting five months before he is born in a municipal hospital (with accompanying maternity payments to his mother) until he is cremated or buried by the municipal funeral service. It regulates wages, protects the workman against arbitrary dismissal and collects from employers funds with which to provide insurance for employees against incapacity, old age and sickness.

“Inasmuch as the Socialist Government assumed control of an almost bankrupt city, it is interesting to note how it found money for its works. There are many taxes, such as those on horses, beer, concessions, hotels, posters, advertisements, auctions, and motor cars. The tax on a Ford car, for example, is $200 a year.

The servant tax is enlightening. One servant is exempt from taxation. Where two are employed. $7.50 a year must be paid for the second, and for every additional servant the tax is $37.50 a year plus the amount paid for the immediately preceding one. This rate applies only to female servants. In the case of male servants it is doubled. The servant tax is also paid by clubs. The Government announced that the citizen most severely affected by this tax (Rothschild) paid $46,550 for thirty-eight domestics in 1927.

“The welfare tax is the backbone of the municipal budget. It is so called because it was introduced at a time of great distress to enable the municipality to carry out its welfare activities. In 1919 mortality in Vienna had increased by sixty per cent over the pre-war rate, and child mortality by no less than 100 per cent. The welfare tax is imposed upon all employers. It amounts to four per cent—in the case of banks 8.5 per cent—of the total sum paid for wages and salaries. It is payable monthly, whether a business is paying a profit or not.

“The sum of all the taxes collected in 1928 amounted to a head tax of $23.33. In 1913 the tax was equivalent to $21.25 per head of population. The Socialists present these figures to deny that per capita taxes have increased enormously since the war, adding, however, that the burden has been shifted to rest lightly on the poor and heavily on the rich.

“Passage of three pieces of interlocking legislation has enabled the Socialist administration to carry out its gigantic housing programme, generally considered the outstanding achievement of Socialist policy. When the Socialists took over the govern-

ment, housing conditions in Vienna were among the worst in the world. Of every 1,000 flats built in the city before the war, 953 had no water supply and 958 had no water closets on the premises. In 1917, out of 554,000 families in Vienna, 406,02573.29 per cent—lived in single rooms or at best in one large and one small room. The normal rent which a worker had to pay for accommodations was one-fifth of his income.

“The Socialists went to work vigorously. First, they passed a rent restriction act, which lowered rents and reduced ground values. Then they introduced the increment value tax. It is a tax on the conveyance of land, and is calculated on the difference between the original price paid for the land —or its estimated value as of January 1, 1903 —and the price it sold for. Third, they introduced a dwelling-house tax, scaled to fall most heavily on luxurious dwellings.

“These three measures combined to bring funds into the municipal treasury without delay, while at tne same time rendering unremunerativ.e much private property, including whole blocks of building land. The city than started to buy this land, and has continued to buy it, at prices representing only a fraction of its former value. More

than 4,250,000 acres have become municipal property in this manner since 1919. The city now owns thirty per cent of the total area of Vienna.

“Having thus acquired land and assured itself of funds, the city started to build flats. It has put through two five-year building programmes, resulting in the building of 64,000 apartment house dwellings since 1919. No less than 200,000 persons reside in

"These municipal apartment houses are good-looking. At least fifty per cent of the sites are left unbuilt upon. They have gardens, libraries, playgrounds and swimming pools. The structures are softened with trees and flowers and are built to give a maximum of fresh air and natural light. They are decorated with murals, and the grounds are sprinkled with engaging statuary. Rent is based not upon the cost of construction, but only upon the cost of maintenance. The city collects no interest on its building capital. The individual rent in most cases amounts to about onefifth of the pre-war rent for similar but inferior dwellings.

“The city of Vienna is likewise in many forms of active business.” 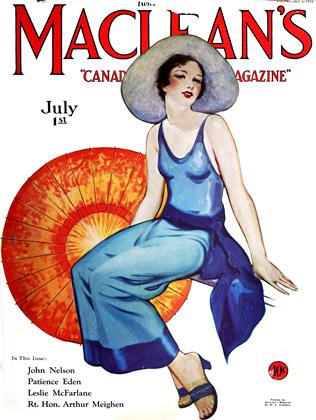