A SKETCH of the interesting gentleman who introduced the game of craps to America appeared recently in the New York Times. The game was first played in New Orleans, states the author, Edward L. Tinker, and Bernard Xavier Philippe de Marigny de Mandeville was its originator.

"This swaggering, gallant, fantastic figure, son of Louisiana’s richest Creole planter, was left at sixteen a fabulously rich orphan. His every whim had been indulged while his father was living, so he was wild and headstrong. At the end of two years his guardian, finding him completely uncontrollable, shipped him to England in the hope that life abroad might improve his behavior.

“But in London Bernard’s dissipations only became more pyrotechnic than they had been in New Orleans. At Almack’s and the other famous gambling places he was fascinated by a new dice game from France, called hazard, that was all the rage. Bad reports of his dissolute living and incessant gambling came to his guardian’s ears, and Bernard was ordered home. Of course he brought the alluring new game with him and taught all his Creole friends.

"It was at the very beginning of the nineteenth century, and energetic Yankees were swarming into New Orleans to the disgust of the pleasure-loving Creoles, who regarded them as rough, unmannerly interlopers, and despised them because they were willing to work as hard as the negroes. The Americans returned their dislike and looked down upon the Creoles as an effete, alien race and spoke of them as ‘Johnny Crapauds’ (frogs). When they saw them huddled around a table playing Marigny’s new game of hazard, excitedly wagering money, slaves and even plantations on a throw of the dice, they slurringly referred to their pastime as a ‘Johnny Crapauds’ game. Its popularity, however, spread like yellow fever in a mosquito swamp. Before long the whole town, Yankees and Creoles alike, were wild about it and ‘Johnny Crapaud’s’ game was shortened to ‘Crapauds,’ and finally craps.

"The picturesque Marigny was the wildest gamester of them all and lost so heavily that in a year or two he had to subdivide his plantation in the Faubourg Marigny and sell off some lots piecemeal to meet his debts. One night after a particularly disastrous run of the dice he had to raise so much money that he was forced to dispose of the property on both sides of a newly opened street in his faubourg which, with sardonic humor, he then and there named ‘rue de Craps.’ Craps Street it remained for more than fifty years.”

As was to be expected. Marigny descended to poverty. Nevertheless he lived to be eighty-three years old, and at last was killed by tripp;ng on his own doorstep. 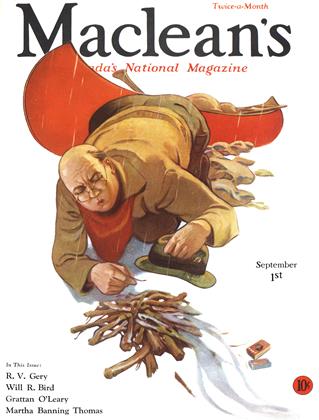