Question—I hold some stock of Second Canadian General Investments, Ltd. Has this investment trust shown any improvement in the current year, and what are the prospects for future improvement in earnings?—V. M., Creston, B.C.

Answer—Second Canadian General Investments Limited underwent a change in capitalization and in name in 1931 and is now known as Canadian General Investments, Limited. The last financial statement issued for this trust is that for the six months ended June 30. 1933, during which period 17.98 cents was earned on the 612,44 I shares allotted and dividends paid amounted to 17*2 cents. The trust is following the policy of paying dividends only when ¡ earned, and as a result the dividend rate maintained each quarter indicates the earnings from investments. As at June 30. the company had total assets of $6.519,921, of which $6.449.203 was the book value of investments which had a market value of $5.143.800. Each share had a net asset value of $7.50 as compared with $5.65 per share as at December 31. 1932.

There is not an active market for the 1 stock, which is quoted somewhat below : the liquidating value. Management of the investment port folio has been changed since the death of W. W. Evans in 1932, and the new investment management apjx-ars to have operated with some success, while advantage has also been gained from improved market value on securities held. Many of the securities held by the trust will promptly reflect any upward trend in security prices, although other securities will be difficult to liquidate for some time. The substantial losses suffered by this trust since its inception in 1928 will hardly be made up for a very considerable ixriod oí ¡ time. 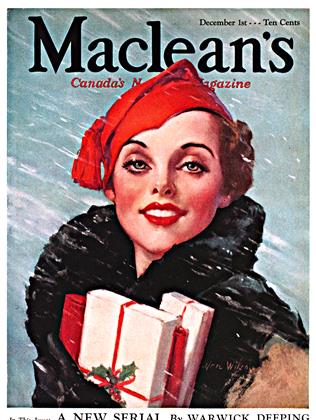