Hundreds of thousands of dollars are lost annually In Canada through careless investment. Fraudulent and worthless securities are being constantly poured on to the market to trap the unwary. A general observance of this simple maxim will assist in the reduction and elimination of this economic waste—

TEN YEARS AGO Canada had both feet on the road to recovery, following upon the post-war depression. Confidence in the future of the Dominion was as pronounced as it is today. Then, even as now, investors were showing their faith in Canada by purchasing common stocks—equities in the prosperity to come.

That faith was not misplaced. In the next six years the forests, mines and land were exploited on an unpredecented scale. New wealth was accumulated in rapid order. Corporations saw their earning power double, treble and even quadruple. And the investor of ten years or more ago who bought stocks on faith was rewarded. The market value of his holdings increased manyfold, while income grew to substantial proportions.

But unrestricted speculation carried stock values to unreasonable levels. The bubble of inflated values burst as a result of a series of adverse economic developments. Market values dropped precipitately and holders of common stock lost heavily both in principal and income. The reaction to all this was detrimental to the reputation of the common stock as a medium of investment.

In many ways this reaction has gone to unjustifiable extremes. Fundamentally, stocks provide an attractive and a reasonably safe medium as an outlet for funds, if the investor bears in mind that he is purchasing equities and that he must pay the same close attention to his investment holdings as to his own business.

T(x> often the purchaser of a common stock regards himself as a creditor of the company in which he has invested his money. Such is not the case. When buying stock, one buys an interest in the business. One becomes a partner, on a small or large scale as the case may be, and, as a partner, shares in the fortunes or misfortunes of the company. For that reason it is in the interests of the investor to follow closely all factors affecting the enterprise in which he has purchased an interest.

When stock is hx ught in newly formed enterprises, or those of unproved earning power or with unsatisfactory records, the degree of speculation is enhanced and the margin of safety proportionately limited. Investment in enterprises of proved worth, however, has usually brought satisfactory income and appreciation of principal to investors who have kept a close watch on their holdings. The return has not always come quickly. The investor who pays too much for his shares in a boom market may have to wait years to get his money back.

Some Stocks Have Appreciated

THERE has been a drastic deflation of stock values over the past three years. But such stocks as Montreal Light, 1 leat and Power Consolidated, Consumers’ Gas, Steel of Canada, Dominion Textile, National Breweries and others of like character have come through the past ten years or more with satisfactory results to the holders of their securities.

A few concrete examples will show the manner in which certain good stocks have stood up through a period of prosperity and depression. In 1920 ten shares of Montreal Power stock would have cost $898. At the end of last year this stock had appreciated in value to $1,875. In addition to the principal gain, the company paid on the original ten shares over this period $905 in dividends, while stock rights offered to the shareholder had a value of $641. In short, the investment of $898 has returned to the h/'lder 13 H per cent yearly without consideration of capital appreciation.

Steel of Canada’s common stock has weathered the depression in a relatively satisfactory manner. Ten shares of this company’s common stock would have cost $818 in 1920. At the end of last year these shares had a market value of $640, or a depreciation of $178. Offsetting this loss of principal was the receipt of $920 in dividends. After deducting the loss of principal on the original investment, income over the thirteen-year period was 6.96 per cent annually.

Stock in the old Canada Cement Co. could have been bought in 1920 for $71 a share. In the next three years conditions in the construction industry were not favorable, but basically the industry was sound and the company’s position unimpaired. Then followed an extensive building programme throughout the country which greatly increased the company’s earning power. The investor who held stock in this company through the good and bad years received his dividends regularly and in 1927 was offered $250 a share for his holdings.

Other cases might be cited as evidence of the fact that good common stocks are a sound medium of investment. It is equally j true that the majority of common stocks j have not proved profitable or satisfactory purchases for the investor of ordinary means. The fact that the stock of a number of companies has paid dividends without any appreciable loss of principal over many years merely proves that when sufficient care is exercised in selecting the security, common stocks have a rightful place in the portfolio of the average investor.

What constitutes sufficient care is difficult to define. Not all of the old line investment stocks have come through the past decade with results as favorable as those outlined.

In the compilation of an investment list of the sounder Canadian common stocks in the post-war depression, few would have omitted to include the ordinary shares of the Canadian Pacific Railway. This stock sold in 1923 at an average of $150 a share, providing a yield of 7.50 per cent. Today this stock (split four for one in 1930) has a value of around $50, while dividends have been deferred after an unbroken record extending over forty-seven years. The wonderful record of this company blinded many investors to its changing status. Between 1923 and 1929 unbridled competition between the Canadian National and the Canadian Pacific Railways resulted in ¡ the expenditure of several hundred millions of dollars on various services in order to attract or hold the current run of business. At the time this outlay appeared justified, but with the collapse of prosperity in 1929 the weakness of this policy of extravagance became evident. Earning power of the two railways rapidly declined and in 1932 the Canadian Pacific found it necessary to defer dividends, while the value of its ordinary shares had shrunk to the lowest level in more than three decades.

Stock of Shawinigan Water and Power Co. has long occupied a prominent place in the Canadian investment field. In 1920 ten shares in this company would have cost $1,187, while equivalent shares at the close of 1932 had a value of less than $540. During this period the company experienced wide expansion of transmission and distribution lines, development of new power sites and an enlargement of old units. Physically the company was able to report considerable expansion. The fortunes of the company, however, were closely tied up with the newsprint industry. With the sharp contraction of newsprint operations, confidence in the company weakened and its stock depreciated in value.

Another popular medium of stock investment of ten or twelve years ago was pulp , and paper securities. This class was well regarded and stocks like Abitibi, Laurentide, Price Bros, and Brompton were in many investment portfolios. At the time there was good cause for this confidence. Operations were conducted at capacity and earnings had been well developed. Then followed a period of widespread development which resulted, despite frequent warnings, in the over expansion of the industry. The resultant collapse forced many companies to the wall and brought pulp and paper securities into disfavor.

THE LESSON learned from developments in common stock investments over the past decade is that industry and the status of the individual company are continually changing. If investments are to be protected it is essential that the investor do more than “buy for a hold.” It may not be necessary to make frequent changes in one’s holdings, but a frequent inspection of the entire list is necessary if losses are to be kept to a minimum.

At the same time it is well to emphasize the point made earlier in this article that the holder of common stock is a partner in the enterprise in which he has placed his money. The value of his holdings varies with the prosperity of the company. There will be years when his stock has a high market value and dividends are substantial; at other times the value of his holdings will depreciate below the original cost and income be reduced or possibly eliminated.

Another consideration of importance in selecting or determining to hold stock in a company rests upon confidence in the management. The past four years have brought to light weaknesses in the managements of many concerns; weaknesses which might not have come to light but for the many problems arising out of the depression. It is significant to note that the companies whose stocks have withstood the adverse business developments are those which have always enjoyed the benefits of sound direction. No matter how favorable other factors may be, lack of sound management precludes continued growth on a lasting basis.

Where the investment is sound and fundamental conditions remain unimpaired, it will be found that common stocks over a period of time constitute a logical and profitable field for investment. Common stocks are less in favor than they were four years ago. But the depression has not proved them entirely lacking in investment value any more than the boom showed them to be the best type of investment as [many assumed. , There is a reasonable appraisal of common stocks somewhere between the two extremes. Certain common stocks will make fortunes for some people in the future; others will lose money, as in the past. 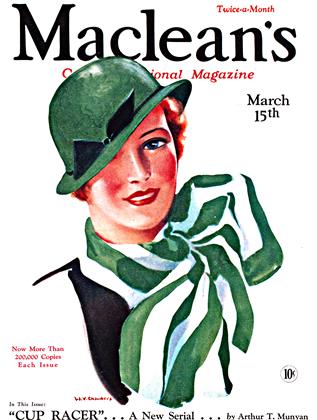