WHAT ARE THE virtues of Englishmen? In a broadcast recently from London, Stanley Baldwin names them. The. London Times quotes him as saying: Individuality and the spirit of co-operation—the English character is largely made up of these contrasts. Take a small thing. No people grumble more than we do. I do myself every day. But though I grumble I do not worry and I keep cheerful. That is so with all English people. As a nation we grumble, but wre never worry, and the more difficult times are the more cheerful we become. Indifferent we may be in many ways to what is going on in the world outside, but that indifference is shed in times of difficulty.

Kindliness, sympathy with the under dog, love of home—are not all these characteristics of the Englishman? He is a strong individualist in this—that he does not want to mold himself into any common mold. He likes to develop his own individuality. Yet he can combine for service. He has a profound respect for law and order.

NOT ONLY IS the origin of the Nordics unknown, but it is by no means certain that they represent a pure racial strain, says Malcolm H. Bissell in Scientific American. He adds:

The Nordic doctrine is an offshoot of Aryanism because the idea of an Aryan race was based on the discoveries of similarities in the languages of the Indo-European group, which led to the theory that all these languages were derived from a common stem—the Aryan language.

Having created this mythical race, they attributed to it all virtue and excellence. But no one has ever been able to produce the slightest bit of real evidence that any such race as the Aryans ever existed.

There is nothing new in the gosi>e] of Nordic superiority. It is, in fact, a nineteenth century phase of an age-old doctrine. 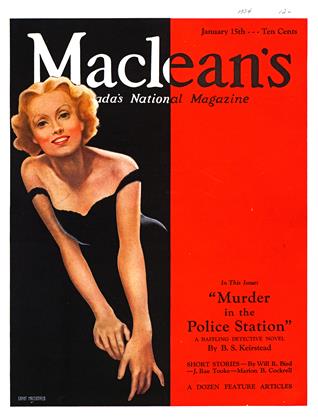