AMONG the adventurous young blades who came out to New France to carve out a fortune was René Robert Cavelier de la Salle, the son of a wealthy Rouen family. It was said that his mother, a very talkative woman, named him, but was stopped by his father just as she got nicely started.

After a year or two spent near Montreal, La Salle tired of the dull life that offered nothing more exciting than being mauled by a bear or knifed by an Indian, so he set out to solve the original Chinese puzzle how to get to China by water. Before he gave it up as hopeless, he had visited the Ohio Valley and probably reached the Mississippi River.

Years later, in 1678, his feet still itching, La Salle led an expedition up the Great Lakes in the Griffin, a sailing vessel put together on I-ake Erie. His purpose now was to found a colony at the mouth of the Mississippi. With him as chief

lieutenant went Tonti, an Italian officer, whose gloved iron hand performed many a feat that kept the Indians in awe of him.

It is probable that La Salle and Ulysses have adjoining suites in the hereafter, for no two men ever had experiences so amazingly parallel or have been so well equipped to swap hard-luck stories. In addition to the slings and arrows of outrageous fortune, La Salle had to dodge tomahawks and musket balls as well as an occasional dose of poison. He gathered misfortunes as readily as a small boy gathers dirt.

Unlike the Greek hero, howrever, La Salle brought his troubles on himself. It must be admitted he was a poor judge of men. Had he picked even one or two decent marksmen, he wouldn’t have had to travel all the weary miles between Niagara and the Gulf of Mexico to get shot. Somebody would have dropped him at the very start. As it was, his men popped away at him vainly on Lake Erie, on

vainly on Lake Erie, on

Lake Huron, on Lake Michigan, on the Illinois River, and on the Mississippi.

No followers ever tried so assiduously to get rid of their leader. Enraged at their failure to put him on the spot at Chicago, a dozen or more of them tracked him all the way back to Niagara when La Salle made his remarkable thousandmile journey across country to discover the fate of the Griffin, which he had sent back with a cargo of furs.

Warned there of the plot, La Salle coolly proceeded to hunt up and shoot down the whole disloyal and inefficient crowd.

After four years of going and returning, he managed to reach the mouth of the Mississippi and Florida. Imagine, if you can, the delight of this intrepid explorer when, hot and weary, he reached the pleasant Southland and enjoyed his first delightful grapefruit shower bath!

Pursued by a happy fusillade of shots from his followers,

La Salle soon hurried back to France and persuaded the king to send out a colonizing expedition. It lost one ship and its way in the Gulf of Mexico, and landed the colonists far beyond the mouth of the Mississippi. By the time the error was discovered, the remaining ship had set sail for France.

The conclusion of the La Salle biography proves that determination and industry always lead to success. For years La Salle’s men had been trying, without effect, to shoot him. Weaker men w'ould have despaired and given up. But those Frenchmen were made of better stuff. They simply gritted their teeth and kept blazing away. And one bright morning they succeeded. They scored a bulls’-eye on La*Salle.

How-ever, the latter should be credited with two outstanding achievements:

1. He materially raised the standard of marksmanship among his followers.

2. He proved that you are bound to get somewhere even if you go in the opposite direction. It is this achievement more than anything else that will make La Salle’s fame lasting.

rT'HE DEPREDATIONS of the Iroquois made the barbers 4of New France simply furious. Their business was all shot to pieces. Every day old customers were coming in and saying they were sorry but they wouldn’t ever need any more haircuts.

Still others complained of the close shaves they were having without ever going near a barber shop.

For both of these conditions the Iroquois were blamed. So the barbers dispatched an indignant protest to King Louis, pointing out that the savages had never joined the barbers’ union.

The king agreed that the Iroquois were altogether too officious. Before long he sent out Count Frontenac to resume the governorship of the colony.

Blaming the English for the Iroquois tactics, Frontenac organized three expeditions to penetrate the New England states. With the typical Continental courtesy of that day,

they wiped out several tow'ns at night so the inhabitants would never know' what had happened to them.

Instead of being grateful for this exquisite consideration, the English w'ere filled with rage and lost no time in equipping a naval expedition to take Quebec.

Herself a keen student of English history, Mrs. Phips saw to it that little William was well grounded in the subject by

sending him out every evening to call his brothers and sisters in to supper. She died, poor woman, before she could give birth to Edward the Seventh.

As soon as he was old enough, William studied the art of carpentry. In time, because he had a good platform ready and was an excellent cabinet maker, he was knighted and made governor of Massachusetts. Of course, the fact that he had married a rich widow and discovered a treasure (Spanish gold, not the widow) helped a good deal.

And Sir William Phips it was whom the English now put in command of the movement against New France. His first act was to sail up to the Bay of Fundy and take Port Royal, which netted him in plunder:

1. One set of false teeth, oversize, belonging to the French governor.

So delighted were the New Englanders at this characteristically dashing exploit that they outfitted a sizable fleet for the reduction of Quebec.

Here, however, Phips met his match. In

the Chateau St. Louis, high up in the citadel of Quebec, watched the old man who was so used to bluffs that he lived on the biggest one in New France. He told the English messenger who came to demand the surrender of Quebec that the place was Phips’ for the taking.

So Phips set to work to pluck Frontenac’s tail feathers. First, he sent a strong landing party, which was beaten back without a single feather.

Then he tried cannonading the city. But the spiteful return fire of the French guns knocked so many holes in his ships that, excellent carpenter though he was, Sir William was quite breathless and exhausted trying to plug them up as fast as the French made them. Indeed, it is related that the French gunners on the heights were almost constantly exclaiming, “Look, François, I have just made another hole in one!”

It required only about two days to convince Sir William that at the rate he was plucking Frontenac’s tail feathers, it would be only a matter of a week or so before the fish would be playing tag through his own.

And so, with his thirty-two ships and several thousand men, he sailed gloomily back to Massachusetts. 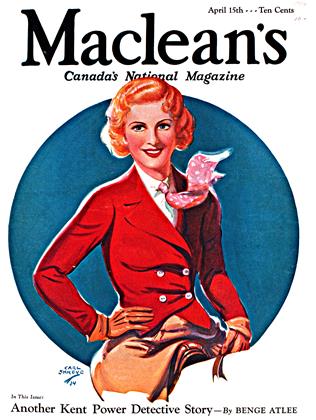