GAMBLING LADY” is chiefly interesting because it lets you in, very knowingly, on the private doings of a gambling syndicate; and also because it reveals all sorts of interesting new card gadgets—a sort of periscope you use up your sleeve so you can tell at a glance what North, South and West are up to; and a belt arrangement, worn at the natural waistline, for holding extra aces. The movies get more educational every day.

Barbara Stanwyck is the gambling lady. The daughter of a professional gambler, she plays blackjack with such authority that she compels the admiration and even the love of her associates in the syndicate. A Park Avenue young gentleman (Joel McCrea) wanders into the picture, and she marries him and moves to politer circles. After that life gets more and more complicated, and finally there is a murder, a quarrel and a divorce, all straightened out in the end by her admiring father-in-law, who restores her to the arms of her adoring husband. Practically everybody dotes on Miss Stanwyck in the picture—a passion which I am unable to share. However, she has a large and devoted following among the picture goers, so there must be something about her I have missed.

More and more the movies are tending to examine the inscrutable. And audiences who knitted their brows over the metaphysical problems of ‘‘Berkeley Square” will be even more surprised at the situation presented by “Death Takes a Holiday.”

In this picture Death, handsomely represented by Fredric March, decides to spend an unofficial week-end at an Italian house party. He is Prince Surki, resplendent with a monocle and a white hussar uniform. The men of the party

Going to the movies is getting to be literally a busman’s holiday. This time it is an English picture that uses the char-à-banc motif. English bus passengers, it would seem, are reticent and isolated, in contrast to American bus travellers, who are convivial and hearty and given to part singing. And while American movie buses carry escaped convicts, heiresses, singing drunks, gangsters and other highly colored folk, English bus passengers are mild burghers absorbed in their domestic problems. However, they are alike in this, that Destiny is the extra passenger on all movie buses. In “Friday the Thirteenth” the bus crashes against a fallen telegraph tower and everybody’s fate is violently and satisfactorily settled. It is a rather jerkily directed picture, with the suspense rather too widely distributed. But it is entertaining, ingenious, and competently

In “Four Frightened People” Destiny takes another group—a scientist, a journalist, a clubwoman and a schoolteacher—and sets them down in the middle of the Malay Peninsula. Actually the four frightened people are considerably less upset than might be expected, considering that they have the bubonic plague behind them, the jungle around and over them, and all about them hostile native tribes, hooded cobras, and enormous insect-devouring plants as tall as tigers, leaning out of the underbrush and eyeing them alarmingly. Few of us could sit down under these circumstances, as the people in the story did, to a game of contract.

“Four Frightened People” is fairly preposterous throughout, and you will hardly be able to believe the way the plain little schoolteacher (Claudette Colbert) grows more beautiful every minute, the Malayan jungle doing more for her looks in a day than all the beauty parlors of America

find him uncongenial, the women fascinating but odd. Unconscious suicides, they quarrel and flirt with him and one of them falls in love with him. She is Grazia, engaged to the son of the host, a gentle girl with really very little more regard for earthly considerations than Death himself. In the end she decides in favor of Death, and wanders off with him into space. Altogether, it is the oddest screen infatuation since “King Kong.” You may like “Death Takes a Holiday” or you may find it merely rather eerie. Fredric March, as Prince Surki, does his best to look fatal, but didn’t alarm me very much.

could accomplish in a year. However, there is a fair share of amusement in “Four Frightened People,” thanks principally to the hearty satire of Mary Boland as the clubwoman.

“The Lost Patrol” is sensational on a number of counts. There isn’t a single woman in it. It has only one setting— an oasis in the desert. It has eleven “typed” characters and only one narrative, the story of a struggle against death, in which the group is the hero, yielding first at one point, then at another, before the onslaught of the hidden Arab enemy. “The Lost Patrol” is beautifully photographed and immensely impressive in outline. In detail, however, it is weak. Why did the Arab marksmen, for instance, after shooting a man through the head when he was hidden in a palm tree, simply spatter the sand around a figure erect against the skyline? Why did only one man carry the itinerary of the party, and carry it in his head? Why were ail the horses left in the sole charge of a nineteen-year-old boy? The Lost Patrol was very brave and suffered gallantly. But what the picture seemed to make most clear was that a little headwork is better than a lot of heroism for getting you out of trouble.

Sorrell and Son—Warwick Deeping’s story hampered by weak direction, but saved by H. B. Warner’s fine performance as Sorrell Senior. A picture for the family.

Looking for Trouble—Spencer Tracy and Jack Oakie look for telephone trouble and find a safe-blowing, a fire, a murder and an earthquake. Briskly managed, but not suitable for the young.

Coming-Out Party—The technique of bringing out a debutante, and some non-technical notes on love. Frances Dee and Gene Raymond.

A romance of physical culture. For those whose interests are purely'physical.

Catherine The Great—Impressive drama, with Elizabeth Bergner as Catherine, and Douglas Fairbanks, Jr., as the mad Czar. Magnificent, but not, perhaps, history. A family picture.

Fugitive Lovers — Sentimental effects of bus journeying on a chorus girl, a convict, a gangster, a drunk, and a number of minor travellers. Madge Evans and Robert Montgomery. Well directed, but small children will not be interested.

Sons of the Desert—Stan Laurel and Oliver Hardy as a pair of antisocialites up to no good at a Lodge Convention. Funny but no tribute to family life.

Queen Christina—Garbo in her latest revelation; with a background of XVlIth century Sweden. For all Garbo admirers.

Journal of a Crime—Story of a wife who commits murder and a husband who keeps her case history in his diary. Ruth Chatterton, Adolphe Menjou. With an unsatisfactory happy ending. Not for children.

Nana—Zola’s heroine and what she did to some important people of the Second Empire. Implausible, but finely acted by Anna Sten. Adults.

Palooka—Distracted life of a prizefighter (Stuart Irwin), with extra complications by his manager (Jimmy Durante). Occasionally funny, but not a children’s comedy.

Wonder Bar—Pretty nearly the ultimate in screen revues. With plenty of talent, and lots of music, dancing, clothes and noise. Not very suitable for children. 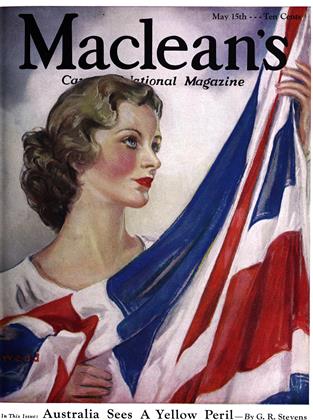