WEDDING NIGHT” is the story of a discouraged novelist (Gary Cooper) who goes back to a Connecticut farm in search of inspiration and there finds it in the shape of a beautiful Polish girl (Anna Sten), the daughter of a neighboring tobacco grower. The novelist is more or less happily married, the peasant girl more or less unhappily engaged, so the hero presently finds that he has simply exchanged his literary troubles for even more desperate domestic ones.

Anna Sten has never been more appealing than in this picture, and Gary Cooper gives his best performance to date. The background, with its merging American and Polish elements is interestingly handled, the minor characters are authentic and well placed. Yet all the time I was disturbed by a feeling that the substance of the story was not only hooey but dated hooey. Maybe it was the long discussions about holding one’s husband’s love, which sounded so much like readings from Dorothy Dix, or maybe it was the novelist’s readings from his own masterpiece, which also sounded like Miss Dix. Anyway the feeling grew into conviction when the heroine finally fell down a short flight of stairs and broke her neck, for no apparent reason except to provide an unhappy ending. "Wedding Night” is a curious mixture of the exceptional and the mediocre. The Sten masterpiece we have all been looking for is still to come.

SOME TIME ago, I think it was with the showing of "Wonderbar,” I suggested that Warner Brothers had now done everything superhumanly possible in the way of musi-comedy entertainment. Well, I take it back. With "Gold Diggers of 1935” it becomes evident that, for the first time, Busby Berkeley, special dance creator of the screen, has been given complete freedom to write his own ticket. Mr. Berkeley has spared nothing, neither talent nor money nor his own wild genius. “The Gold Diggers” is mostly a series of huge dissolves, each scene melting into something larger and more astounding.

A love-scene between Dick Powell and Gloria Stuart presently becomes a huge dancing plateau with dozensof stairs, steppes of steps stretching to the horizon with hundreds of dancers performing. Presently this turns into a very small face which enlarges till it fills the screen, then becomes a map of lower Broadway. The face reappears and is attached to the owner, who immediately throws herself out of a window. Somewhere in between there is a ballet of grand pianos, revolving in patterns all by themselves except for a glimpse or two of human

trouser-legs which seemed to be there by mistake. There is a sort of plot and while it has its rougher moments—for instance, when Alice Brady knocks Hugh Herbert through the box-shrubbery—the general effect is just dreamy and lunatic. In fact, rather like a quiet evening at home with a bottle of paregoric.

“Roberta” hasn’t the terrifying delusions of grandeur of the “Gold Diggers,” but it is sufficiently sumptuous; especially the fashion show, which includes a wrap of Russia sables and one superb gold lamé gown apparently applied directly to the figure with wallpaper paste. Irene Dunne’s singing of “Smoke Gets In Your Eyes” is also an attractive item, though Miss Dunne isn’t quite our notion of a Russian ex-princess.

C EQUOIA” may surprise you, being all ^ about a friendship between a puma and a deer. There are human actors in the story, but their conduct is so unremarkable or on such a low scale, as compared with the noble behavior of the animals, that it doesn’t count. It’s all fairly unusual. For not only does Gato, the puma, not try to make a meal of Malibu, the deer, which is a good deal to expect of a puma, but he actually likes him, pals round with him in the forest and protects him against the villain of the piece, Bergman, the hunter.

I don’t know whether nature actually relented to the extent of allowing a friendship between a puma and a deer and MetroGoldwyn-Mayer heard about it, or whether Metro-Goldwyn-Mayer decided it would make a good picture, and with all their money and influence managed to get around nature. At any rate that is the story, and an exceptionally good one, with its fine photography, for the whole family.

TN “After Office Hours” the heroine, a society girl (Constance Bennett) takes a job as a music critic on a New York daily. The editor (Clark Gable) thinks her music reviews are terrible, fires her, then reengages her to run a gossip column. Gossip at once turns to scandal when one of the heroine’s admirers (Harvey Stephens) murders his sweetheart, another man’s wife. After that the story works out almost as fast as the camera shutter can click.

In general style “After Office Hours” follows “The Thin Man,” though at a considerable distance. The motivation of the crime is noticeably strained, the murder being obviously arranged for the convenience of the author rather than of the criminal. On the whole, “After Office Hours” is better entertainment than many pictures that expect to be taken more seriously.

?TF YOU don’t realize after the first five minutes in “Car 99” that the nice old professor (Sir Guy Standing) is really the master brains of a gang, then your training in the movies has been wasted. Quaint old duffers with an amusing inquisitiveness about other people’s affairs are always master criminals in the movies, unless they happen to be George Arliss.

fairly exciting. What is most interesting about this picture is the detailed description of the vast radio mechanism which assists the police to catch criminals. Radios being available for everyone, they also assist criminals to escape the police. “Car 99” shows other interesting developments in crime mechanics, including “flop licenses,” smoke screens operated from the instrument board, and a spray-gun which enables you to change the color of your car in five minutes. A life of crime, one gathers from this picture, isn’t any riskier than it ever was, just more exciting. 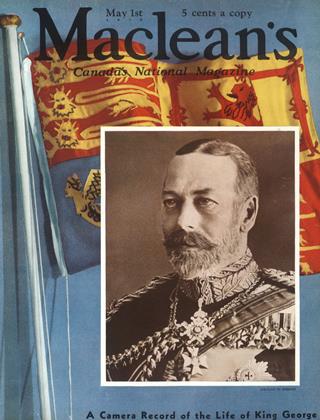