IT ISN'T like the old days when cereal was either oatmeal porridge or cornmeal mush. The poor grains have been through the mill since then—ground

down, rolled flat, blown up and torn to shreds. But there are no hard feelings; they’re just having their faces lifted for the benefit of their breakfasting public.

Variety in appearance, texture and flavor is the modern demand, and cereals have catered to it nobly. Today we may select one of several uncooked or partially cooked products, and tomorrow choose from a long list of ready-to-serve varieties. Nor is that all, for we may combine two kinds, add fresh or dried fruits, and vary the accompaniment to suit our eighto’clock fancy.

Daily experience at early morning tables is only the opening chapter of the cereal story. The modernized trio—oats, corn and wheat—have ambitions in a social as well as a dietary way. We meet them all dressed up at lunch, at dinner, afternoon teas and midnight parties; anywhere that good food is served. They are excellent mixers, as is proved by the company they keep in an endless array of dishes for almost every course of the meal. In fact, their uses as an ingredient are as varied as the product themselves, and that’s saying a great deal.

Different forms have their own special possibilities. Coarse and fine meals may be served as porridge or as an entree or main dish, with savory additions and appropriate seasoning. Left-over portions are often utilized in this way, or as a dessert, flavored, sweetened and fruited. There is no need to mention old-fashioned Johnny Cake, oatmeal cookies and bran muffins as popular cereal “carriers.”

Bran flakes and shreds go into many batters and doughs; puffed grains make a fine soup accompaniment; crunchy, nutty types give a distinctive flavor to plain ice cream; cornflakes are a delicious coating for fish, chops and croquettes, or a good binder for meat loaves and vegetable dishes. And so on; I don’t pretend to exhaust the subject here.

BUT I DO want to point with pride to the many novel dishes which ingenious housekeepers have developed in cereal cookery—pie crust made of crushed cornflakes, macaroons and candy full of puffed rice or wheat, scalloped dishes and pudding mixtures with a crisp cereal topping in place of tie usual bread crumbs. It just goes to show that the modern cook knows a good thing when she tastes one.

Getting back to breakfast, a few suggestions for the preparation and service of cereals may not be amiss. Of course, with the ready-to-serve flakes, puffs and biscuits there’s nothing to do but pour or lift them from the package. Unless, perchance, damp weather has impaired their pristine crispness, in which case a few minutes in a hot oven will work wonders of rejuvena-

tion. Serve with milk, cream or half and half, as you prefer. Or in the interest of variety, try one of the many fruit-andcereal combinations which the season suggests.

Thorough cooking is the main thing when you’re dealing with corn and wheat meals, rolled oats and such products. But that doesn’t mean hours of boiling and simmering as in the old days, for almost all varieties on the market are precooked, and yours is merely the finishing-off process. Correct proportions of liquid and cereal are necessary if the consistency is to be right, and proper technique in combining them makes the difference between a smooth result and lumpy porridge. And lumps are so discouraging. The moral of this is to measure carefully and follow the directions on the package, where amounts, method of blending and time of cooking are stated. Naturally, these vary with different prod-

ucts, according to fineness and the length of precooking.

Salt to taste; not over or under, for nothing is worse than a flat cereal unless it’s a briny one. And remember that hot porridge is supposed to be hot.

If you’re asking why cereals get the attention they do, I can give you three reasons right off the bat—convenience, economy and good flavor. To say nothing of their food value—proteins, minerals, and carbohydrates, the heat and energy producing elements. Combined with milk either in cooking or at the table, they are palatable, nutritious and easily digested. As ingredients, their myriad uses give them new importance.

As a course at breakfast, luncheon or supper, with milk or cream or fresh fruit.

As a topping for scalloped dishes, and in such desserts as fruit Bettys.

In meat or fish loaves.

In candy to replace nuts.

Flaked cereals may be rolled and used in the making of ice-box desserts and unbaked pie crust.

In soup as a substitute for croutons.

Instead of nuts in many fancy cakes and in candy.

As a separate course with milk or cream or fresh fruit.

As a separate course with milk or cream, honey, fresh or stewed fruit.

With rarebit mixtures instead of crackers.

With creamed fish, dried beef or chicken, scrambled or poached eggs instead of toast.

Many people like to eat shredded cereal biscuits with butter.

Use Uncooked or Partially Cooked Cereals

As a separate course, cooked and served with milk or cream. Chopped dried fruits may be added and are delicious.

Use left-over cooked cereals with savory additions, and bake or fry as a hot luncheon or supper dish.

As a separate course at breakfast or supper, or as an ingredient in ice creams and baked products.

Cream the butter thoroughly, add the sugar gradually, and continue creaming. Add the unbeaten egg and mix thoroughly. Add the sifted flour, the vanilla and the rolled oats. When well combined, drop from a teaspoon on to a greased baking pan. Flatten slightly with a spatula dipped in cold water, and decorate the top with candied cherry, colored sugar, or a half nut meat. Bake in a slow oven—275

Cream the shortening and sugar together and add the beaten egg. Sift together the flour, baking soda, baking powder and salt and add, alternately with the sour milk, to the creamed mixture. Add the bran and the chopped figs, mix well and turn into greased muffin tins. Bake in a moderate oven —350 degrees Fahr.—for about half an hour. This amount makes twelve to fifteen muffins, depending on the size of the tins.

Add the sugar, honey and melted butter to the beaten egg, and when thoroughly combined add the All-Bran. Sift the baking soda, baking powder and salt with the flour and add to this mixture the chopped nuts and fruit. Add the dry ingredients alternately with the milk to the first mixture. Turn into a greased loaf pan and bake in a moderate oven—375 degrees Fahr.—for one to one and a quarter hours.

Break the chocolate into small pieces and put, with the butter, into the top part of a double boiler. Heat slowly until the chocolate is melted and the mixture well blended. Beat the eggs until light, add the sugar and combine thoroughly. Add the chocolate and butter mixture and stir in the flour, the All-Bran, the vanilla and the nuts. Pour into a greased flat pan to about one-third inch thickness, and bake in a moderate oven—375 degrees Fahr.—for about twenty minutes. Cut in two-inch squares.

1 Teaspoonful of ginger ½Cupful of molasses

and cored and sliced thin

Scald the milk, add the cornmeal and cook over hot water for one-half hour. Add the salt, ginger and molasses and turn the mixture into a buttered baking dish. Bake for one hour in a fairly slow oven— 300 degrees Fahr.—stirring occasionally. Add the apples and bake one hour longer without stirring. Serve with cream or a pudding sauce. Lemon sauce is especially good with this pudding.

2 Pounds of ground round steak

Add the crushed cornflakes and the beaten egg to the ground meat and mix thoroughly. Add the tomato soup and the seasonings and shape into a loaf. Place in

a roasting pan and pour the boiling water over the loaf. Place the bacon strips across the top and bake in a moderate oven—350 degrees Fahr.—for thirty-five to forty-five minutes.

½to ¾Cupful of sugar

Combine the cooked Cream of Wheat with the milk and the beaten eggs. Add the sugar, vanilla and fruit and turn into a greased baking dish. Sprinkle with grated nutmeg and bake in a moderate oven—325 degrees Fahr.—for one-half hour. Serve with cream.

Beat the egg whites with the salt until stiff, add the sugar gradually and continue beating until well mixed. Fold in the cocoanut and the flaked cereal which has been crushed with the hands. Add the flavoring and drop by small spoonfuls on to a baking sheet covered with oiled paper. Bake in a moderately slow oven—300 to 325 degrees Fahr.—for about twenty mihütes or until delicately browned.

Mix and sift the flour, sugar, baking powder and salt. Mix in the rolled oats and cut in the shortening. Add the milk gradually and mix to a soft dough. Turn out on to a lightly floured board and roll or pat to three-quarter-inch thickness. Cut with a biscuit cutter, brush the tops with milk and bake in a hot oven - 450 degrees Fahr. —for fifteen to twenty minutes. 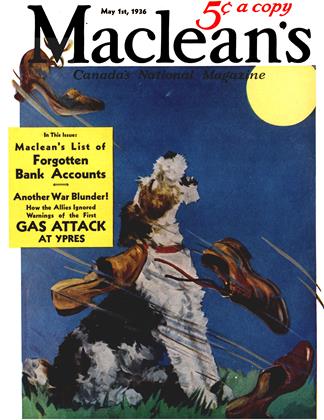