UNDER TWO FLAGS” is a superb spectacle film with a fine, thumping old-fashioned romance thrown in. It is the story of Cigarette (Claudette Colbert), a café girl, the darling of the French Foreign Legion, who gave her life to save the man she loved and all the men who loved her. “Under Two Flags” has practically everything necessary to make stirring melodrama — sacrifice, danger, glory, a love that could never be, and a satisfactory secondary romance to provide a happy ending.

As usual in screen dramas of the desert, the photography is the most impressive element. We have seen most of it before in “Beau Geste” and “The Lost Legion”— the vast knife-edged drifts and combers of sand, with tiny human processions moving across them; but they remain as exciting as ever to watch. “Under Two Flags” should really have ended with the death of Cigarette in the arms of the hero (Ronald Colman) as everything that happened after that might have been taken for granted. Apart from the slight anticlimax at the conclusion, Director Frank Lloyd has handled the picture with pace, excitement and discretion.

ATYPICAL Al Jolson picture with a very simple story and a very elaborate show background. It’s about a radio entertainer who suddenly loses his voice and his public, goes to the country and finds a girl, loses the girl and finds his voice, and in the end recovers everything —girl, voice, public, even a chance to sing his Mammy Song.

This is only a rough sketch and doesn’t begin to cover the wonders of “The Singing Kid,” with its extravagant sets, specialty acts, gagsters, stooges, negro choruses, and a new child-wonder, little Sybil Jason. In fact it’s nothing less than a rash of high spots. “The Singing Kid” is a good evening’s entertainment for those who like AÍ Jolson entertainment. People who prefer simpler forms of amusement may find it too crowded for comfort.

THIS IS one of the most brilliantly illuminating pictures of Imperial development ever placed on the screen. This picture tells more in an hour and a half about the British conquest of Africa

than most adults have forgotten in a lifetime, if indeed they ever knew—the acquisition of the Kimberly mines, the exploitation of Rhodesia, the conquest of native tribes, the causes of the Boer War, the Jameson Raid and why it turned out to be an international incident.

“Rhodes the Empire Builder” sticks closely and remarkably to the facts, and is highly recommended to all thoughtful students of history. The Canadian Walter Huston plays the part of Cecil Rhodes, the man who, given six months to live, managed to add a continent to the British Empire and over thirty years to his own life. The excitingly handled native scenes were taken in Africa. “Rhodes the Empire Builder” is recommended to all those interested in knowing how the British Empire actually came about.

WHAT The Lady (Ann Harding naturally) consented to was surrendering her husband (Herbert Marshall) to a heartless tennis champion (Margaret Lindsay). Ann doesn’t even contest it, just lets Mr. Marshall pass to the tennis player by default. So he divorces the pleasant, easy-going Ann and marries her ambitious rival, and soon finds himself beautifully polished up and put on the shelf along with the other championship trophies. Quite a lot of things happen after that, and in the end Ann decides to abandon her amateur standing and go after Mr. Marshall in a really professional way, with the result that the hero, a little battered and dimmed by all these exchanges, is restored to the original holder.

There’s a lot of sharp dialogue and smart clothes in “The Lady Consents,” together with a grand rôle for Ann Harding and a lively though disagreeable one for

Margaret Lindsay; but Herbert Marshall hasn’t much to do except circulate between the two as a sort of human loving-cup. “The Gentleman Consents” would have been a more suitable title.

nPHE SENSATION in “Love Before Breakfast” is that Carole Lombard early in the picture receives a black eye, and for a minute or two it really looked like a black eye and not just a circle smudged in with lampblack. She receives it from an admirer (Preston Foster) whom she hates, not because of the black eye but because he is a “bell pusher”; i.e., a spoiled rich man accustomed to giving orders.

She herself is a spoiled rich girl who isn’t in the habit of answering bells, and she resents his attentions to the point of seeming slightly crazy; for instance, she won’t let herself be saved from a sinking boat in a stormy sea because her bellpushing admirer has sent the rescue craft. Like most cat-and-dog screen romances, “Love Before Breakfast” is lively and furious but doesn’t make very much sense. I don’t know why it’s called “Love Before Breakfast,” as there wasn’t much love in it and no sign of breakfast.

T)EG OF OLD DRURY” is a romantic description of the life of pretty Peg Woffington (Anna Neagle) who came to England from Ireland some time in the middle of the eighteenth century, went on the stage and captured the heart of London and of London’s foremost actor, David Garrick. I don’t know how closely the story parallels the life of the lively Miss Woffington, but the sets and detail of the picture look impressively authentic.

We see Old Drury, and Vauxhall, and the Eighteenth Century stage, with Garrick and Woffington putting over Shakespeare in the grand manner, and the Steak and Kidney Pudding Club with all its special features, including a real steak and kidney pudding.

Altogether it’s a fine upstanding job of historical research. Anna Neagle is beautiful and lively, but her performance was marred a little by a tendency to bounce and an Irish accent you could practically hang your hat on. But Cedric Hardwicke’s performance as David Garrick was good enough to make you wonder if the great Garrick could ever have been as good as Cedric Hardwicke. 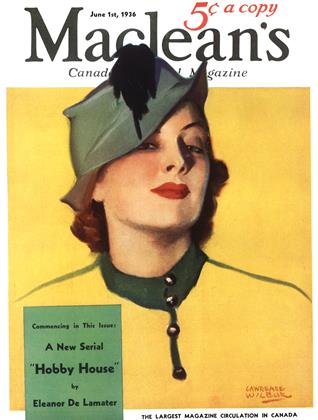