IT WAS a great step in the emancipation of women to get this jelly-making business on a scientific basis. Instead of luck or years of experience, today’s young housekeeper has a standardized sure-fire formula to guide her. Instead of long hours over a preserving kettle, she can make a batch in short order. Instead of frequent disappointments, she can count on success every time, and even the novice turns out something that her grandmother would envy. No need to get in a jam over it, with modem materials and modern methods.

And surely we haven’t lost any of the romance of the old-time kitchen by knowing what makes the jelly jell. A lot easier, it seems to me, to go romantic over delicious products than over a jelly that won’t set, jams that are sticky and oversweetened, marmalades that have the life cooked out of them. What d’you think?

Commercial pectin not only simplifies the work, but it enlarges the field of fine flavors enormously. With it every fruit is a potential sweet for the winter table, and any time of the year is a jamor jellymaking season. You know yourself that many varieties — peaches, pineapples, cherries and others—have their limitations as far as the pectin content is concerned. They refuse to jell of their own accord, but with a little outside help they behave beautifully. Other fruits such as apples and cranberries for instance, contain a good deal of the essential jellying substance, though in varying amounts according to the kind, the season and the stage of ripeness. Now, of course, you can combine a pectin-poor and pectin-rich fruit, and the one will make up for the deficiencies of the other. But the trick is to know the proportions.

When jelly-making was merely an art rather than the science it is today, a housekeeper had to depend on guesswork in arriving at" the proper amounts of fruit juice, add, sugar and pectin for her preserving kettle. And she had to use a good deal of judgment as to the time of boiling. What chance at all had the inexperienced cook? Or can you wonder that practice didn’t always make perfect?

The modern short-boil method is a shortcut to a jam cupboard jammed full of jams, jellies, conserves, butters and marmalades of our own making. It calls for the use of bottled or powdered pectin of definite jellying strength, extracted from fruit in the first place, then refined and standardized so that this naturally variable quantity is variable no longer. Accurate recipes have been worked out with exact proportions for different kinds of fruit, and all you need to do is follow directions precisely. It won’t do to go juggling the amount of any ingredient to suit your own notion. Don’t cut down on the sugar for example. I know it looks high, but there is a good reason for that and the resulting product isn’t going to be any too sweet for your taste. You will notice that the juice is not boiled for more than a minute, which means that there is no evaporation to speak of and consequently there is more juice to sweeten. More jelly for your jars, too.

Even when you are working with

pectin-rich fruit, it pays to use the concentrated product. Because by this new way, fully ripened fruit at the peak of its glory is used instead of “slightly on the green side,” as recommended for the oldfashioned long-boil method. Then, with the brief cooking time required, the full rich flavor is conserved and the color unimpaired. Furthermore, you can turn out jams and jellies of superlative quality with a minimum of time and effort and with less fuel to run up bills and kitchen temperatures.

It actually costs less to use this convenient and speedy way of dealing with fruits and fruit juices. Check it up for yourself and you’ll see that the cost of pectin and extra sugar is more than offset by larger volume of the finished product. So economy is added to its other advantages.

The procedure depends on the kind of fruit you are using and what you are planning to do with it. Jellies are made from strained juice, jams from crushed fruit, butters from pulp, conserves from two or three varieties cooked together. When it comes to the boiling after the preliminary preparations, be as exact in the timing as in the measurements of ingredients. One minute means one minute by the clock, no more no less. Even in the storing, there is a right and wrong. Pour or ladle at once into scalded glasses, filling them to about one-half inch from the top. Cover while hot with a thin coating of hot paraffin wax, adding another layer after the contents are quite cold.

Its a good wrinkle to cut pieces of string into five-inch lengths, sterilize them and lay a piece across the jelly before the first coating of paraffin goes on. Then when you come to use it, lift the section of string which comes over the edge, and the whole top comes off easily. Saves prying at the hardened wax. Tip the glasses before the wax has set to be sure the edges are sealed to form complete protection. Or if you are

using the new and very satisfactory Cellophane seals, all you need to do is to wet them, stretch them over the top and slip an elastic band around them.

They wear well, look attractive and are easy to remove when required.

For cooking, Ï would advise you to use a large kettle which allows a full rolling boil and room to spare. And you’ll find it better to make small batches often rather than try to handle a large amount at once. A few jars at a time of each fresh fruit in their season will stock your larder with delicious variety. That’s not the end of it either, for canned fruits are the basis of many excellent jams, and bottled fruit juices may quickly be turned into sometnmg very special in the jelly line. Dried fruits are another possibility for marmalades and conserves.

The use of these home-made sweets are as varied as their flavors. They’re among the best accompaniment to toast or biscuits, the easiest of cake fillings, the tastiest of garnishes for meal or fowl. They have their uses, too, as an ingredient in sauces, desserts, pastries, frostings and sandwich fillings.

To prepare the plums, pit about 2 Y¿ pounds of fully ripe fruit, but do not peel. (The sour, clingstone plums give the best flavor.) Cut into small pieces and crush thoroughly, add the water and simmer, covered, for five minutes. Measure the fruit and sugar into a large kettle, mix well and bring to a full rolling boil over a hot fire. Stir constantly before and during the

boiling, and boil hard for one minute. Remove from the heat and stir in the pectin. Skim and pour quickly into sterilized jelly glasses. Cover with melted paraffin and allow to cool. Makes about eleven six-ounce glasses.

To prepare the juice, wash fully ripe elderberries and remove the larger stems. (About four pounds of the berries will be required.) Crush the berries in a large kettle, heat gently until the juice flows, cover and simmer for fifteen minutes. Drip through a jelly bag. Measure the juice and sugar into a large saucepan, add the lemon juice and mix thoroughly. Bring to a boil over a hot fire, add the pectin immediately, stirring constantly. Boil vigorously for one-half minute, remove from the heat, skim and pour at once into sterilized jelly glasses. Cool and cover the top with melted paraffin. This amount of jelly will make approximately twelve eight-ounce glasses.

1 Cupful of maraschino cherries and juice

Peel and stone the peaches and cut in thin slices. Measure, place in a large kettle, add the sugar and the juice from the cherries, and cook until the peaches are tender but not discolored Add the cherries, which have been chopped, and

pour into sterilized glasses. Cool and cover with melted paraflin.

]/2 to 1 Cupful of diced crystallized ginger

To prepare the pears, peel them, remove the cores, and crush completely or put through the grinder. Measure and place in a large kettle with the measured sugar. Add the diced ginger—the actual amount used depending on individual taste—mix well and bring to a full rolling boil over a hot fire. Stir constantly before and during the boiling. Boil vigorously for one minute. Remove from the heat and stir in the pectin. Allow to cool for five minutes, stirring and skimming alternately. Pour into sterilized glasses and cover with melted paraffin. This makes about eleven six-ounce glasses. This jam begins to set the day after it is made and is completely set in about one week.

3 Cupfuls of sugar Grated rind and juice of

Wash and scrape the carrots, and grate. Add the sugar, the lemon juice and rind, and allow to stand overnight. Add the spices, bring to boiling point and boil gently, stirring frequently until the mixture reaches the desired consistency. Turn into sterilized glasses and seal.

Heat the sugar and grape juice together until the sugar is dissolved. Add the lemon juice and rind, the chopped oranges and raisins, and cook together slowly until thickened to the desired consistency. Remove from the heat, add the chopped nuts and mix well. Turn into sterilized glasses, cool and seal with melted paraffin.

To prepare the marrow, peel and discard the skin, the seeds and the pithy portion around the seeds. Cut two pounds into small pieces, cover with water and allow to stand overnight. Drain and chop the marrow very fine. Add the one-quarter cupful of water, cover and simmer for twenty minutes. Measure three cupfuls and place in a large kettle with the sugar, the lemon juice and the powdered ginger. Mix thoroughly and bring to a full rolling boil over strong heat. Boil for two minutes, stirring constantly both before and during the boiling. Remove from the heat, and stir in the pectin. Let stand for five minutes, then pour into sterilized glasses. Cover with melted paraflin. This makes about thirteen six-ounce glasses.

1 Stick of cinnamon or one ounce,

Wash the apples, cut in slices and cook until tender in the vinegar and water with

the spices and lemon slices. Drain through a jelly bag. Measure the juice, boil for twenty minutes, then add sugar (threequarters of a cupful to each cupful of juice). Boil rapidly until the jelly stage is reached —when the mixture will sheet from the edge of a spoon. Pour into sterilized glasses, cool and seal with melted paraffin.

5 Cupfuls of citron, peeled, seeded and cut in small pieces

Prepare the citron as directed, and if it appears woody, steam it before proceeding with the recipe. Combine with the finely chopped raisins. Peel the orange and lemon, cut the pulp in small pieces and add to the first mixture. Put the rinds through the food chopper, cover with boiling water and allow to stand until cold. Add to the citron mixture. Measure the combined ingredients and add an equal amount of sugar. Allow to stand overnight, then cook gently until thick, stirring frequently. Turn into sterilized glasses, cool and seal with melted paraffin. 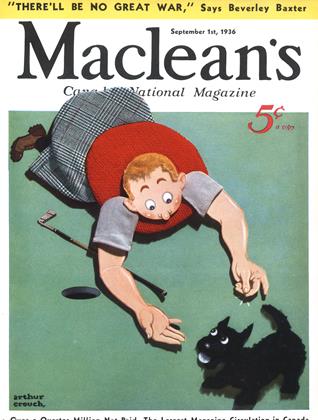