The Prisoner of Zenda

THE PRISONER OF ZENDA” has just about everything the romantic movie-goer can ask for—a mythical kingdom, a beautiful princess, a court ball, a moated castle, sudden love and sudden death, and two Ronald Colmans. The whole thing has been done in the screen’s best Graustarkian style, with exactly the right balance between realistic adventure and fairy-tale illusion. David O. Selznick has selected his cast with shrewdness: Ronald Colman in a double role, Madeleine Carroll, Douglas Fairbanks, Jr., Raymond Massey, and the magnificent C. Aubrey Smith all players who are very much at home in the screen’s highest court circles.

The actual characterization is as simple as possible. As in most fairy tales, everybody is either very bad or very good, so audience sympathy has no chance to wander. The castle and court settings are all on the fabulous scale, and the whole adventure has been handled with dexterity and humor that lift it out of the ordinary beautiful-but-dumb class of costume melodrama.

BACK IN CIRCULATION” brings us Joan Blondell as a girl reporter on a metropolitan newspaper; which means, in movie terms, a combination of sleuth, siren, brain wave, dress model, and female pugilist. Miss Blondell handles this complicated assignment with ease. She tracks down a suicide mystery, shoots back her copy, makes love to her city editor, wears eleven different hats, solves her mystery singlehanded, and singlehanded gets herself engaged to the reluctant Pat O’Brien. She is tough, challenging and relentless, never stops or pauses, never shuts a door but always slams it; and since all the doors in the city room have glass tops, she manages to do almost as much damage as a ground swell, just passing through the office.

The mystery, which involves the shooting of a millionaire and the arrest of his beautiful widow (Margaret Lindsay), is just glimpsed throughout, in hurried sequences and screaming tabloid headlines, it’s unimportant to the central theme, which is a case study of a lady reporter in action. As such it leaves considerable room for scepticism, even if in this particular example it doesn’t leave very much time. Brisk, entertaining, and not to be taken too seriously.

THE DEVELOPMENT of the Pennsylvania oil fields is the subject of this I unusually entertaining film, which is part I industrial history, part romance and part i musical show. These rather oddly assorted I elements have been blended with high 1 success by Rouben Mamoulian, the director. The action centres about the struggles of the early petroleum pioneers to develop and retain their holdings, and the I efforts of rapacious railway financiers to ; take their treasure away from them.

; Though much romanticized here, this is ! another pictorialized chapter out of I American history in the robber-baron days. There isn’t the heavy going here, however, that there was in ‘‘Toast of New York,” since ‘‘High, Wide and Handsome” doesn’t take its historical material too seriously.

There are some good Jerome Kern tunes charmingly sung by Irene Dunne; Dorothy Lamour contributes a showboat touch, Charles Bickford is present in one of his traditional bad-man roles, and Randolph Scott is the harassed young pioneer who is too busy with his petroleum problems to find time for his wife. The

climax is a little on the preposterous side. But after all, what movie climax isn’t?

WARSITY SHOW” combines the talV ents of Dick Powell, and Fred Waring and his Pennsylvanians. Dick, a Broadway producer this time, is asked by a student delegation to come and save his alma mater, fast losing its reputation in educational circles because it can’t produce a decent annual musical show. So he goes and whips a show into shape from college talent, and eventually after the usual difficulties, it gets to Broadway and is, of course, a hit.

“Varsity Show” presents the familiar movie version of college life—pretty coeds, comic professors, lots of class spirit (but no classes), a men’s glee club (the Pennsylvanians), and a beautiful heroine who wanders about the campus in the moonlight, singing about love and its heartbreak. It isn’t exactly academic. Dick Powell sings several fair numbers.

BIC CITY,” one of the season’s more curious surprises, presents Luise Rainer and Spencer Tracy in a story dealing with a New York taxi war. He is a taxi driver, she is his beautiful immigrant wife. The taxi-drivers’ feud takes up the opening sequences, then the action shifts to the heroine’s threatened deportation and a game of hide-and-seek with the immigration authorities. Finally we are back in the taxi-war zone again, and the film ends in a civil engagement between the taxi men and a volunteer group consisting of Jack Dempsey, James Jeffries, Maxie Rosenbloom, Gus Sonnenberg, Bull Montana, Taski Hugio and Man Mountain Dean.

The impression one receives is that the author first got the notion of getting all these sporting celebrities together, and then made up his story.

A COMPLICATED program of troubles is arranged for Bette Davis in “That Certain Woman.” She’s a gangster’s widow here and though she strives to improve herself she is constantly pursued by the tabloids. She marries a wealthy young man (Henry Fonda) for love, but his proud father soon succeeds in separating them. She has a baby and settles down to a life of quiet stenography, but presently her employer (Ian Hunter) dies leaving her half a million, and the press notices start again. The heartless father-in-law turns up again and she is forced to give up her child, and in the end goes off to Monte Carlo to forget her sorrows and escape her bad publicity. The long wandering plot finally brings up at a happy ending. It’s rather an old story, but Bette Davis’ hightension performance gives it a certain vitality. 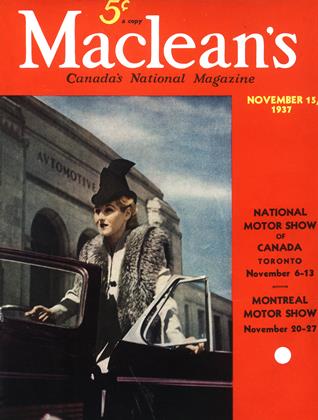