MODERN WOMEN do not fear growing old as did their grandmothers, according to Literary Digest, which states:

Fashions in birthdays are changing. Age psychology has got off to a new tangent. And, strangely enough, women whom it most concerns have a serious hand in it. To every beauty queen of the 1890’s there are a dozen in 1937 who have no fears or qualms about getting old.

Actress Lynn Fontanne is proud of her fifty-three years because she looks so young.

Others who a generation ago would have swooned at age problems are Ethel Barrymore, Alice Brady. Nazimova. Helen Wills Moody, Billie Burke, Helen Hayes, Mary Pickford and Marion Davies.

The fact is, famous women who no longer withhold their ages form a formidable army. An international beauty expert reports that patrons admit their ages freely, but don’t think about it. In the past three or four years, she reveals, they have rapidly approached the Parisian viewpoint that a woman cannot be truly beautiful or attractive until she is at least thirty.

Most of the famous charmers of Europe, she points out, are over forty.

In Paris today, a woman is never middleaged. The term is just not applied.

People there are not so self-conscious about their ages. According to standards in the French capital, a woman’s face is uninteresting before thirty, lacks expres sion and character.

However, beauty-salon clients want to emphasize the good points of their own particular ages and to look as young as they can, with grace and dignity. And modem beauty culture helps them to look beautiful, no matter how old they are.

One type likes to be older during adolescence; likes to be younger after passing the physical prime of beauty. As mental development generally stops with adolescence and physical development keeps on, such women live in an instinctive emotional world of their own, apart from reason; tend to make everything into what they would like it to be, irrespective of what it really is, including accuracy about their ages. -

Many people who know they are one age, firmly believe they are younger or older, so great is the power of their “wish-

thinking.” One major cause of this is the modem trend of living. In the 1890’s women lived for the home, thought it no bother to have babies, were less concerned with public flaunting of sex appeal. The type of woman who does not worry about her age is the rational woman with enough strength to look at life realistically, and make the best of it. Mrs. Eleanor Roosevelt is a good example of this “growing old gracefully.” 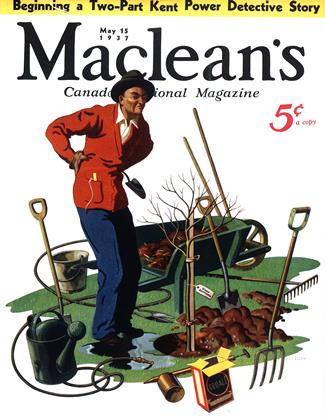