THE SISTERS” brings us another family of girls, and follows their marital adventures under the second Roosevelt (Theodore) administration. The film, avoiding the hearts-andflowers treatment suggested by the title, includes much of the life and politics of the period, along with the personal drama of the sisters, (Bette Davis, Anita Louise, Jane Bryan). The oldest sister (Bette Davis) elopes with a hard-drinking San Francisco reporter (Errol Flynn), the second (Anita Louise) marries an elderly widower for his money, the third settles down conservatively with the son of the town banker.

All three have a difficult time, but naturally it is the Davis-Flynn romance that gets the attention and provides most of the excitement. The San Francisco earthquake comes into it, of course. Arriving, as usual, in the nick of time, it shakes down the town but patelles up the heroine’s domestic difficulties. The film, with its varied elements and stories, has been handled expertly and compactly. Recommended both for its drama and for its vivid reconstruction of a period.

There Goes My Heart

PREDRIC MARCH is losing a good deal *of his noble seriousness, and with a few more pictures like “Nothing Sacred” and “There Goes My Heart” he will soon be just Freddie to the fans. In “There Goes My Heart” he is a reporter once more, this time with an assignment to track down a chain-store heiress (Virginia Bruce) who, tired of the drab life of wealth, is working in one of her own shops.

The heiress-and-reiiorter theme isn’t exactly new to the screen, but the two principals manage to play it as though it were. They are helped out by bright dialogue, ingenious comedy situations, and the presence of Patsy Kelly as a problem salesgirl. Patsy has lost about forty pounds and, though smaller in outline, is heartier than ever in her behavior. It’s all ver>r improbable. But if heiresses, reporters and salesladies demonstrating vibrators behaved on the screen as they do in real life, nobody would bother going to the movies.

TN “Straight, Place and Show” the Ritz Brothers have stepped up their speed to a more furious pace than ever. It’s a race-track comedy, and the brothers have combined their own peculiar horseplay with a system of playing the horses that can’t be described on paper and is pretty incredible on celluloid. The film includes Richard Arlen. Phyllis Brooks, and Ethel Merman. Miss Merman sings a song or two, hut the picture belongs to the Ritzes, the rest of the cast being present apparently to provide what continuity the film possesses. Wildest sequence is the steeplechase climax, in which the Brothers find themselves ahead of the horse. If you don’t like the Ritzes you’ll find “Straight, Place and Show” just exhausting. But if you do, you’ll probably want to stay till the management turns up the lights.

If I Were King

TF I WERE KING,” with Ronald Colman as the poet-adventurer, Francois Villon, is cut to the sword-and-cloak trade.

The story doesn’t bother much about the historical facts. The disreputable genius, Villon, is presented here as a fine highmettled Robin Hood of the Paris underworld, who champions the people against their king, D>uis XI (Basil Rathbone), then later champions the king against the invading Duke of Burgundy. Ronald Colman, always very much at home in a costume piece, plays the Villon role with dash and humor, but Basil Rathbone, as the bitter, peevish and subtle Louis XI. is the performer most likely to hold your attention. The newcomer, Ellen Drew, as a sort of swordsman’s moll of the period, also manages to get away with more than her share of attention and sympathy, though Frances Dee is properly the heroine. Though rather confused as history. ‘‘It I Were King,” is straightforward and lively as costume melodrama.

TNEANNA DURBIN seems to be the one star in Hollywood who can always ‘‘play herself” without drawing snarls from the critical. In “That Certain Age” she is still the unspoiled spontaneous youngster she has always been; and nobody could ask for anything pleasanter to watch. She’s allowed to fall in love here (with Melvyn Douglas as a worldly globetrotting correspondent), but it’s a pleasant schoolgirl crush and not the hearty fall into romance that her contemporary. Mickey Rooney, took in “Love Finds Andy Hardy.” Jackie Cooper plays the part of her boyish admirer, and Jackie’s romancing too is marked by agreeable restraint. It’s altogether a nice picture.

And while a good script, appropriate dialogue, sensible teen-age clothes and wise direction have something to do with its success, the chief credit must go once more to Deanna herself.

T50BBY BREEN, too, has been growing up. and in the process has been shedding some of his grown-up mannerisms. Movie-goers who used to squirm over his Metropolitan tenor attitudes can now watch Bobby in comparative comfort. In his latest film he’s a Mennonite lad who runs away to the big city to make money for his mother (Dolores Costello). He soon has a job ir a skating palace, where his singing talent is discovered in no time. Fate also throws a playmate his way fivevear-old figure skater Irene Dareand I couldn’t help feeling it might have been a good idea to throw her right back again. While her skating is remarkable for her

years, it’s hardly remarkable in any other respect; and her childish precocity is pretty painful to watch. However, movie-goers who enjoy child performances may find “Breaking the Ice” fair entertainment.

Garden of the Moon

GARDEN OF THE MOON” should

please the swing enthusiasts, for whom it was obviously designed and produced. The story, which deals with the difficulties of a café manager (Pat O’Brien) in hiring a satisfactory band for his café, is a sketchy but cheerful affair. It won’t hold you spellbound, but it serves its purpose in providing logical continuity for the big swing numbers with which Director Busby Berkeley has spotted the show. There’s a romance of course. A female publicity agent (Margaret Lindsay) falls in love at sight with the young orchestra leader (John Payne), who is trying to get his chance at the night club. Inspired by love, she devises a publicity stunt which puts her hero and his band across. It’s a role requiring plenty of energy and resolution, and Margaret Lindsay, one of our most commanding heroines, manages it with ease. John Payne, a newcomer, has less to do and does it satisfactorily. Joe Venuti and his swing-cats are included, and Johnny “Scat” Davis is present with his horn. The songs, including “Garden of the Moon,” “Girl Friend of a Whirling Dervish,” and “Love is Where You Find It,” are lively and whistlable. “Garden of the Moon” should have a wide popularity with what is known as the jitterbug trade. Musical diehards and lovers of the slow Strauss valse will find it less to their taste.

My Lucky Star.—Sonja Henie in a plot about clothes-modelling, oí all things. However, she is allowed to skate, and when she does the picture is worth seeing. With Richard Greene, Cesar Romero.

You Can’t Take It With Y’ou.—Frank Capra’s version of the Broadway comedy about the Sycamores. They’re a remarkable family and

Marie Antoinette.—The year’s most sumptuous film, with Norma Shearer as the tragic Queen of France. With Tyrone Power. A fine, big, beautiful production.

Room Service.—The Marx Brothers in a screen version of the Broadway success. As funny, though not quite as furious, as though the boys had thought it up themselves.

Sing, You Sinners.—A Bing Crosby film that is pleasant and easygoing, but won't shatter any records.

Four’s a Crowd.—Errol Flynn, Olivia de Haviiland, Patrie Knowles and Rosalind Russell in a newspaper mixup. Amusing when it isn’t being confusing.

The Texans.—Love and cattle-rustling in the o'.d South-West. With Joan Bennett and Randolph Scott. Good entertainment.

Four Daughters.—Priscilla, Lola and Rosemary Lane, plus Gale Page, are the daughters. But the newcomer. John Garfield, is the one to watch for. Recommended.

The Crowd Roars.—Ring melodrama with Robert Taylor getting a good mussing up. Maureen O'Sullivan plays opposite. Lively entertainment.

Racket Busters.—More trouble with the underworld. With Humphrey Bogart this time back on the wrong side of the law. Fair.

Professor, Beware.—Harold Lloyd in a wild chase sequence from coast to coast. Harold is just as lively here as when he was a boy.

Lord Jeff.—Mickey Rooney and Freddie Bartholomew as Barnardo Home boys. Freddie is Lord Jeff, but in the end Mickey makes a gentleman out of Freddie. 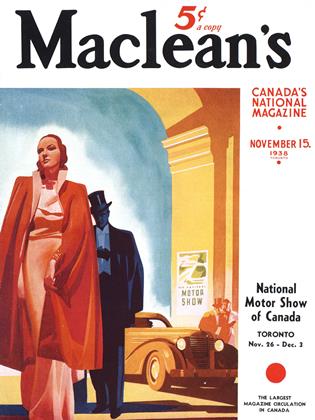