IN A LETTER written about 150 years ago by a settler in Prince Edward Island (then St. John's Island) to a friend in England, there is this arresting sentence: “The beauty of this island fascinates all who see it, and it is a place where the heart feels at home. In addition to its beauty, every part of the land rewards the farmer’s toil, and there is fish in abundance.”

The Indians knew the island as Abegweit (or Eppyguit), which means “resting on the wave,” but when the white man came, this descriptive name was changed to Isle St. Jean. Some historians claim that Jacques Cartier discovered the island on St. John’s Day and named it in honor of the saint; others cling to the tradition that Cabot discovered it. and that it was named by Champlain.

Like its sister Maritime Provinces, the island was lost and won by first the French and then the British, but finally in 1763 it became a permanent British possession. Its name, in the English form of St. John, was continued for many years thereafter. Then confusion began because this same name had been given to two neighboring capital cities—Saint John in New Brunswick and St. John’s in Newfoundland. A change in name was sought for the island in 1780 because of “the mistakes incident to other places bearing the same designation.” The petition asked for Royal sanction to the name “New Ireland.” but owing to irregularities in the form of the petition, permission for this change was withheld. It was not until 1798 that another petition was presented, this time in correct form, asking that the name “Prince Edward” be given to the island, in honor of the fourth son of George III, who afterward became the Duke of Kent and the father of Queen Victoria. Royal assent was given and the change was made in February, 1799.

Prince Edward was at this time stationed in Halifax as commander-in-chief of the military forces from the campaign in Martinique. He was greatly loved during his stay in the Maritimes (1794-9) as he

was known to be a friend of the people, a lover of constitutional liberty, and tolerant in his views. Although a strict disciplinarian with the troops, he was a man of singular kindness of heart.

The duke returned to England shortly after the island was named for him, and was never able to visit it. He had previously, however, taken a practical interest in its welfare by planning the erection of defensive works for the protection of its harbor, and for the development of roadmaking as a means of establishing a route of communication between the provinces. In addition he obtained the assent of the King’s New Brunswick Regiment to serve in the common defense of British America instead of limiting their services to their own province. “By this endeavor to draw the provinces together and to induce them to co-operate for mutual defense,” writes Sir Andrew Maephail, “the Duke of Kent may be credited with a move in the direction of Confederation.”

Despite this early co-operation, Prince Edward Island was the last of the Eastern provinces to enter Confederation, as the early terms of union were considered by the islanders to be “neither liberal nor just.” When in 1873, slightly better terms were secured for them, they consented to complete the family alliance.

This year another Duke of Kenta great-great-grandson of the Prince Edward for whom the island was named—will represent another King George, in the Dominion of Australia.

One of our Canadian historians, in writing of the province of Prince Edward Island, notes that it is difficult to understand how it has come about that this little province has always exercised so large an intellectual influence. He thinks that the explanation lies in the excellence of the original stock (all British), in the industry and freedom of their lives, in the social system which retained some tincture of gentleness, and in those religious and educational advantages which from the first fell to their lot. 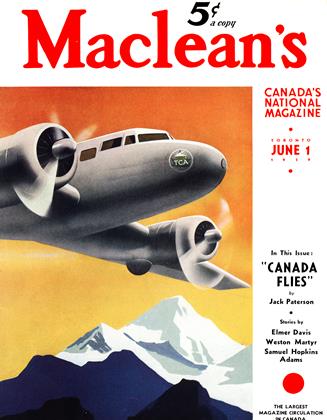