PORK IN summer—the idea! Yes, and a very good one, for right now this meat is plentiful and inexpensive as well as capable of providing

In one of its several forms—ham, bacon, chops, spareribs, cured shoulders and so on—pork has a savoriness of flavor unsurpassed by other meats. And no other variety is a better source of nourishment or lends itself to a wider range of easy service.

Here is an array of quickly prepared dishes which have what it takes to make your main course interesting, tempting and thrifty.

Make a sauce by emptying the asparagus soup into a saucepan, add the chicken soup and mix thoroughly. Add the milk and the diced ham and heat thoroughly, but do not boil. Put the rice in a serving dish and place the egg slices in the rice. Serve with the sauce. Serves six to eight.

Vs Cupful of chopped celery Vs Cupful of diet'd cucumber 2 Teaspoonfuls of dry mustard ygt; Cupful of French dressing

Combine the ham. pickles, pimiento or red pepper, celery and cucumber, and allow to chill thoroughly. Mix the mustard to a paste with a little wann water and gradually pour on the French dressing, beating vigorously during the addition and continuing to beat until the dressing

is smoothly blended and thick and creamy. Season to taste with salt and sugar and serve with the salad, arranged on crisp lettuce.

In the bottom of a baking dish place small pieces of left-over cooked ham. Cover with a layer of thinly sliced raw potatoes, then a layer of thinly sliced onion. Continue the layers thus until the dish is filled, having a layer of ham on top. Season with pepper, paprika, a dash of sage and thyme and a little mace. Blend two tablespoonfuls of flour with a little milk. When smooth add the remainder of the two cupfuls and pour over the ingredients in the baking dish. Bake for half to three quarters of an hour in a moderate oven—375 deg. Fahr.

Have ham slices cut three-quarter to one inch thick. Brown lightly on both sides in a hot pan. Remove to a baking dish, add a few cloves and pour fruit juice around it. Bake in a moderate oven350 deg. Fahr.—for three-quarters to one hour, basting occasionally with the fruit juice. The juice in the pan may be thickened slightly and served as a sauce with the meat. Liquids that may be used with ham are pineapple, peach, orange, grape juice, cider or ginger ale.

Peel the tomatoes, discarding the stem ends. Remove the centre pulp and mix with celery, ham and salad dressing. Refill the tomatoes, chill and serve in lettuce cups. Serves five.

Mix thoroughly the pork, beef, pineapple and biscuit crumbs. Add the unbeaten egg and the seasonings. Pack into a greased loaf pan and bake for three quarters of an hour at 375 to 400 deg. Fahr. May be served hot or cold. Six to eight servings.

2 Tablespoonfuls of fat 1 Teaspoonful of salt

Combine the bread 1 Vrrumbs and the all-bran. Cook the onion and celery in the fat until lightly browned and add to the bread mixture. Add the seasonings and liquid and mix thoroughly. Press into an eight-inch baking dish, arrange the chops on the top and sprinkle with the half teaspoonful of salt. Cover and bake in a moderate oven—375 deg. Fahr.—about forty-five minutes; uncover and continue to cook for fifteen minutes. Serves four.

Trim half-slices of bread cut about onethird inch thick, and on each piece place a slice of cheese that is almost the same size as the bread, a slice of tomato and a piece of bacon. Bake in a moderate oven until the bacon is cooked, the cheese softly melted, the whole a delicious blend of flavors. Garnish with small sprigs of parsley or with a gherkin fan.

These are easily prepared at the last minute. Or they can be made ahead of time and put into a moderate oven about twenty-five minutes before serving.

Cook the diced bacon slowly in a frying pan until the desired crispness, then pour off some of the surplus fat. Beat the eggs until light, add the milk and season with the salt and paprika. Stir this into the bacon and cook until a light brown on underside. Fold and serve at once on a hot platter. Serves five.

Mix the bread crumbs, seasonings and slightly beaten egg together. Combine thoroughly. Spread each slice of bacon with this mixture and roll it up tightly, securing with toothpicks. Bake in a moderate oven—350-375 deg. Fahr.— about thirty minutes. Serve very hot with chili sauce, or tomato ketchup. Serves four to six.

Cut the sausages into half-inch pieces and cook in a frying pan until brown. Add onion, green pepper, tomato, pimiento, macaroni and seasonings. Heat, then turn into a well-greased casserole and bake in a hot oven—400 deg. Fahr. — for twenty minutes or until piping hot and a delicate brown on top. Serves four to five.

Have ham slices cut three-quarters to one inch thick. Brown lightly on both sides in a hot pan. Remove to a baking dish, sprinkle with brown sugar, and pour around it the juice from a can of sliced pineapple. Bake in a moderate oven —350 deg. Fahr.— for about three-quarters to one hour, basting occasionally. Half an hour before they are done, cover the ham slices with the pineapple rings.

2 Tablespoon fuis of butter or

1 Cupful of tpmatoes, canned or

Cook the rice in the boiling water. When tender do not drain but let it stand until it forms a jellylike mass. Wipe the liver with a damp cloth, sprinkle with salt and flour and brown in the fat in a frying pan. Put through the meat grinder or chop very fine, and add to the rice. Cook the onion, celery and parsley in the drippings for a few minutes, add the flour and blend, then add the tomatoes and stir until thickened. Mix with the rice and liver, season and turn into a greased baking dish. Bake in a moderate oven—325 to 350 deg. Fahr.—for about half hour. Serves six.

TDOD charcoal plus tar can be con** verted into coke by a process just developed. The resultant coke is about ninety-five per cent carbon, while coke made from coal is only eighty-two per cent pure carbon. The use of sawdust, slabs and low-grade timber to make high-grade coke may open a new market for otherwise waste wood.—Popular Mechanics. 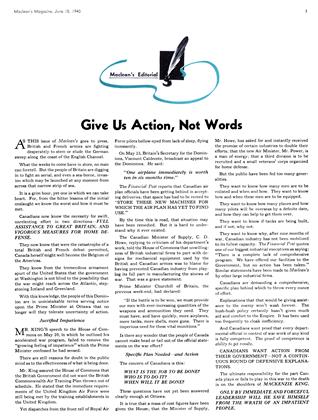