EVERYONE has her own ideas of the right and proper Christmas dinner—and who am I to interfere in so personal a matter?

But even though your general pattern adheres to your particular family traditions you might tamper a bit with the minor details or even take the bold step of modernizing one of the main dishes.

If you’ve decided on turkey or chicken—and provided there’s a jar of currant jelly on your shelf— you might dare to take the cranberries out of their time-honored position and use the tart, tangy juice for appetizer purposes. Nice, too, before goose or duck. If soup is one of your old family customs it might be clear or creamy, according to the richness of your fowl, and if it has a bit of Christmas color so much the better. There are any number of stuffings to fill the bill—and the bird. Vary the plain bread dressing, if you like, with such additions as celery, mushrooms, diced cooked sausage, apple and raisins. Rice stuffing is good with duck, and goose takes kindly to seasoned mashed potatoes in its interior.

Even "the pudding goes modern with not a grain of sugar and only enough molasses to give it a nice dark brown taste. For those who are in the mince pie category there are many versions of its fragrant spiciness. Brave souls who would go further and substitute a lighter

dessert for the traditional ones have a wide range to choose from—• ice cream plain, smothered in fresh frozen berries, surrounded by sponge cake or a lime apple ring, apples cooked in syrup, tinted red and flavored with cinnamon or coddled and stuffed with mincemeat, fruit jelly in a star-shaped mold, a whip or snow pudding or a jar of their own canned pears.

It all goes to show that Christmas is more adaptable than you might think. But the old wish and the old greeting are still the same— Happy Holiday, Folks!

Melt the butter in the top part of a double boiler placed over direct heat. Add the radishes, saving some for garnish, and the half teaspoonful of salt. Cover and cook over low heat until the radishes are tender but not mushy. Place over hot water. Add the flour, mixing lightly, then add the milk gradually, and cook, stirring constantly, until smooth and thickened. Add the onion, salt and pepper to taste. Serve piping hot with slices of raw radish floating on the top of the soup. Six servings.

A little spice, if desired

Cook the cranberries, apples and spices in the water until soft. Strain through cheesecloth. Bring the juice to boiling point, add the sugar and boil for two minutes. Serve thoroughly chilled.

(may be omitted if desired)

Combine the sausage meat and the bread crumbs, add the mushrooms, onion and parsley and the beaten egg. Mix lightly, adding seasonings to taste if the sausage meat is not highly seasoned. Cook in the fowl. Nice for turkey or chicken.

5 Slices of bread, dried in oven

Put the first three ingredients through the food chopper. Add the melted butter and seasonings and mix well. Makes about two to three cupfuls. Good with goose and duck.

Halve the cranberries and add to the flour, which has been sifted, measured and sifted again with the other dry ingredients. Combine the hot water and molasses and add to the first mixture, mixing until well blended. Pour the batter into a well-greased mold then cover and steam for two and one-half hours. Unmold and serve with sauce. Six servings. 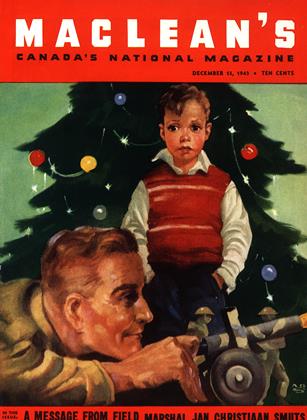