CONCOCTING an omelet isn’t merely a manner of breaking an egg. After this comes the mixing, cooking, folding, and you have to know all the fine points of each before you can turn out a superduper onto your platter. This is the way to go about the making of a very fine dish:

When you want a plain or French omelet: Allow one to two

eggs for each person. Beat the yolks and whites together, but only enough to blend them, not to make them light. Add as many tablespoonfuls of milk, water or other liquid as you have eggs. Then season according to your best judgment and pour into a hot, heavy frying pan, which has been greased all over the inside. Exercise a little patience now for you must never hurry the cooking of an omelet. As the mixture “sets” on the bottom, lift it gently from the sides to allow the uncooked surface to run down over the edge. When it is all lightly cooked and of a delicate consistency, increase the heat slightly until the underside is a pale golden brown. Peek at the lodges to determine this. If you used a hinged omelet pan, the folding is no trick at all, hut you can do a nice fold in an ordinary skillet by creasing the omelet at right angles to the handle of the pan and gently persuading one half to flip over on the other. Or it’s even easier to begin at one side and roll up like a jelly roll. Very smart, too. Don’t attempt to lift your omelet from the pan but roll it onto the waiting platter. Once it’s there serve it immediately to catch it at its very best.

To make a foamy or puff

beating the egg whites until stiff, but not dry, before combining with the other ingredients. Take four to six eggs—for six servings—and slip the whites into one large bowl, the yolks into another. Season and add milk or water— one tablespoonful for each egg — to the yolks, then blend with a fork. Whip the whites and fold them carefully over and over into

the seasoned mixture. Don’t stir them in or you sacrifice some of that desirable airiness. Have a smooth frying pan greased and hot, pour into it the contents of your bowl and spread evenly. Turn the heat low and give your omelet time to cook slowly. When set and nicely browned on the bottom, place the pan in a warm oven or set it under a slow broiler until the top is cooked lightly. Crease in the centre, then take the handle of the pan in one hand and a spatula in the other. Raise the pan on the handle side, hold your breath and coax the near half over to make a neat fold. Roll out and serve at once.

To vary your omelet: Vary

t he liquid. Use tomato juice or the liquid from cooked or canned vegetables. Try meat broth. Or even fruit juice for a sweet omelet.

Add to the yolk mixture minced or chopped cooked tongue, liver, veal, chicken, bologna, sweetbreads, flaked fresh, smoked or canned fish. Or diced cooked vegetables such as asparagus, peas, green beans, carrots, celery, corn or a combination of these. Leftover cooked rice or other cereal is a good addition.

Serve with Sauce. Pour over the omelet a well-seasoned white sauce, plain or with such additions as chopped parsley or chives, grated cheese or diced cooked vegetables, meat or fish. Or take a short cut and use celery, asparagus, mushroom— if you can get it—or tomato soup sauce. Add just enough liquid to the soup to make it a saucy consistency.

Prepare four eggs as for puffy omelet, adding two thirds of a cupful of seasoned cottage cheese and 13'2 tablespoonfuls of chopped parsley or green pepper to the yolk mixture. 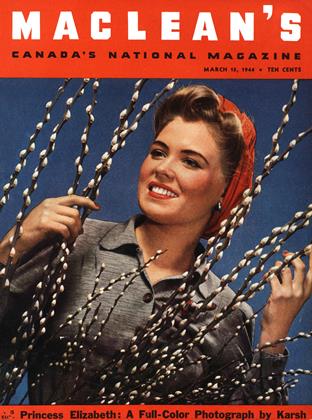