PRECAUTIONS—Read directions thoroughly and assemble all necessary equipment before you begin. Use only prime fruit at the peak of maturity and freshness.

Examine jars for chips, cracks, rough edges, and use new rubbers that fit the jars; then test for air tightness before filling. Have the “bath” deep enough so that jars

may be covered with water to the depth of one inch or so. Count processing (cooking) time from the moment the water in the bath begins to boil—not before; don’t crowd the jars in the bath.

Remove jars as soon as processing time is up, then complete seal; cool upright—out of draughts. Do not retighten screw tops after cooling.

STRAWBERRIES Use fresh berries. Wash and stem. Simmer in syrup for three minutes, let stand 4-5 hours or overnight. Heat to boiling, then pack in clean, hot jars, partially seal and process (cook) in boiling-water bath for 15 mInutes. Remove; complete seal. Or sprinkle one-half cupful of sugar over each quart of raw berries (arranging in layers of fruit and sugar, and having a good layer of sugar on top). Cover loosely, let stand overnight. In the morning bring to a boil, pack into scalded, hot jars, leaving one-quarter-inch head space. Partially seal. Process in boiling-water bath 15 minutes, counting from time the water boils. Re move, complete seal andlet stand upright until cool. Work in small lots.

CHERRIES Wash well, stem ai~d remove pits If desired. Prick unpitted cherries to prevent shrinking in the jar. For sweet cherries precook for five minutes in a thin syrup (one cupful of sugar, two cupfuls of water boiled together for one to two minutes). If cherries are sour, use medium syrup-one cupful of sugar, one cupful of water. Pack hot, precooked fruit into hot, scalded jars, partially seal and process in a boiling-water bath for 15 minutes, counting from the moment the water reaches the rapid-boil stage. Cherries can be canned without sugar and sweetened later for pies and puddings. Pit fruit and cook in its own juice from three to five minutes. Fill hot, sterilized jars; pro cess in hot-water bath for 15 mInutes after rapid boil is reached.

RHUBARB 1 For rhubarb and pineapple marmalade use three pounds of rhubarb, one cupful of cubed fresh pineapple, four tablespoonfuls of lemon juice, the rind of one lemon and 3 cupfuls of sugar. Wash the rhubarb well and cut It into one-inch lengths then combine with the cubed pineapple, grated lemon rind, juice and sugar. Heat slowly and boil gently until the mixture is thick and clear. Pour into hot sterilized glasses. Seal. This makes about six 6-ounce jelly glasses. If desired a few chopped blanched 1monds may be added to the combination. To can rhubarb, cut In one-half to one-inch lengths. Blanch if desired. Pack In jars. Cover with boiling syrup, leaving one-quarter-inch head space. Process In boiling-water bath for 20 minutes-after water boils. 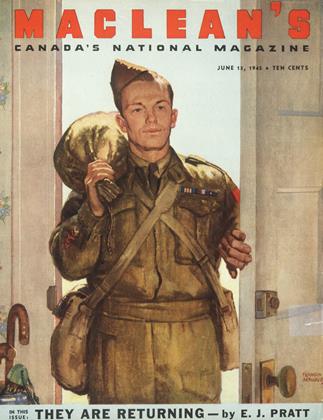