OLD WEATHER calls for hearty fare. Children trooping in from school, friends who drop in for a late Sunday supper, all appreciate the satisfying goodness of macaroni in one of its several forms.

If you enjoy producing subtleties of flavor, serve Italian spaghetti. Another time try a savory macaroni custard, a deliciously different salad which combines noodles and rosy apples, or curried eggs on a bed of plain-boiled spaghetti.

Fry the garlic and onion in the oil until lightly browned. Add the sieved tomato and seasonings, bring to boiling point, then simmer until thick (about 134 hours). Fry the ground meat in melted fat until browned. Stir into the sauce and heat thoroughly. Place the cooked spag-

hetti on a platter, cover with the meat sauce, then sprinkle with grated hard cheese. Garnish with fried fresh or canned mushrooms.

Pour the milk over the bread crumbs and stir in the remaining ingredients. Pour into a greased baking dish, set in a pan of boiling water and bake in a moderate oven (350 deg. F.) for 40 minutes.

Cook the noodles in salted boiling water until tender, drain. Chill by rinsing in a stream of cold water. Add the remaining ingredients and toss lightly. 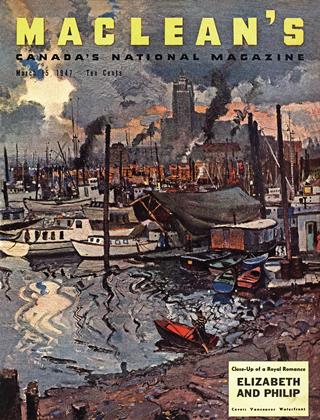