Improving On Grandma Jane Monteith May 1 1947

THE old-fashioned hospitality expressed by a warm heart and a full cooky jar is just as popular now as it was in grandma's day. Moderns have even improved upon an old custom by the wider use of cereals in the crunchy morsels. Drop them, roll them or slice them; then stud with fruit, sprinkle with nuts or make them into sweet sand wichesand your friends will beat a pathway to your door.

Cream the shortening and the brown sugar together. Add the flavorings and blend well. Combine the egg and the milk. Soak the Grape Nuts in this liquid for about three minutes, then add to the creamed mixture. Sift flour with baking powder and the soda; add to the Grape Nuts mixture. Combine thoroughly. Shape into a roll, wrap in w’axed paper and chill in the refrigerator. Slice and place on a greased cooky sheet. Bake in a moderate oven (325 deg. F.) for 10 minutes. Makes about 4Y dozen.

Cream the shortening and sugar together until fluffy. Sift flour with the baking powder and salt. Add the flour mixture alternately with the water to the creamed mixture. Stir in the cornflakes. Chill, then roll the dough out thin. Cut into rounds and spread one round with date filling. Cover with a second round and press the edges together. Bake on a greased baking sheet in a moderate oven (350 deg. F.) for 10 to 12 minutes. Makes about 4 to 5 dozen cookies.

Cream the shortening and sugars together. Add the egg and mix well. Stir in vanilla. Sift flour with the baking powder, soda and salt; add with the rolled oats to the creamed mixture and combine. Roll into balls, garnish with peanuts. Bake on an ungreased baking sheet in a moderate oven (350 deg. F.) for 12 minutes. Makes about 2Y dozen. 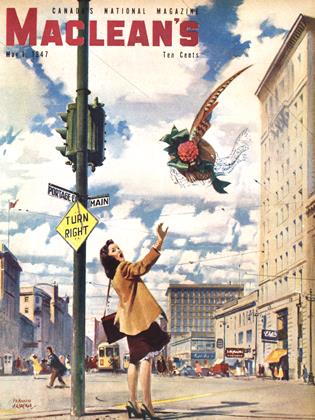