IN THE EDITORS’ CONFIDENCE The Editors December 1 1948

FOR a man who has seen most of his football through a tangle of hostile anatomy as a lineman, or through a cautious crevice in his shaking fingers as a coach, we must say Ted Reeve has done well to keep that private torch of his burning like a crepe suzette. He’s coaching again this year and when the touchdowns and the customers aren’t coining in he’s inclined to look wistfully past his straining Beaches-Indians (a Toronto team in the Ontario Rugby Football Union) to the day when he can walk quietly into a stadium, pick up a program, lean back and watch the proceedings without finding it necessary to duck fists or gasp for an inhalator when the score is tied.

But whatever his status Reeve is almost sure to be there at kickoff time because he’s as much a part of the Canadian football scene as half time.

For the third year in a row he’s picked the Maclean’s All - Star team (pages 12-13) and we understand that even this theoretically detached and restful chore has been a source of considerable anguish to him.

Reeve is as reluctant to send his All-Star 12 to the printer and posterity as a mother is to send her first-born to school. Even after Ted has committed himself, he hangs around telephones making tentative uneasy calls to this office asking if he couldn’t make a few changes—possibly add another honorable mention. When the issue is finally joined—and closed —he slumps back, tired but unhappy, ready to meet a rush of indignant dissenters and gloomy partisans because there isn’t room to put all the good men on his teain.

#In one of his last messages before this year’s team took up its position in the ages, Reeve told us a little about the fiscal facts of life in football today.

Here’s what he had to say:

“The professional football war in the U. S., which has skyrocketed salaries, has had repercussions on the Canadian game. Inflation was noted in the salaries of coaches which went as high for one playing coach as $7,000 and up to $5,000 as one prairie pack bid for a championship. The backlog of good gates in the Big

Four for the past few years was seen as last year’s champs had to go to a rumored $5,000 for their big star and four G’s for their next-in-headlines performer. Ottawa, always a free-spending team, were reported to have a nut of over $70,000. A long cry from the Thrifty Thirties when good linemen could be had aplenty from the Middle West to work for $35 a week.

“The presence of five Americans on an all-Canadian team as chosen by an unbiased Canadian reflects the conditions which make our gridirons inviting to the import. That a man who pulls his stumps

and moves to a new country to try his luck at a different game needs more than the local footballer who has his job and home here and uses football as a sideline is often offered for some discrepancies in the pay of the tourist and the home-brew.

“W’hen richer teams bid for the best Canadians it is also necessary for the other Canadian teams to go elsewhere for talent that will give them a chance to compete. In many ways the imports have been a boon to our game. But at present the senior situation is too rickety to support the newcomers or the local stars either at the rate which they seem to exjiect. In the words of the horse players, anything over 50 a game and a job is an overlay.

“But it is still a great game.” 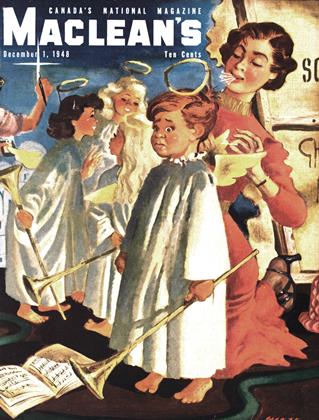