They Took a Train for Taxes Royd Beamish January 15 1950

BACK in 1884 the little village of Prince Arthur's

Landing (pop. 1,275), at the head of Lake Superior, was growing swiftly. The lake-shipping business was flourishing; the Canadian Pacific Railway had made a terminal point there. The village was already making plans to become incorporated as a town.

Four miles south, residents of the little settlement of Fort William (pop. 490) watched with mild interest as progress passed them by and took a vicarious pleasure in the boom Prince Arthur’s Landing was enjoying. Fort William was merely a Hudson’s Bay trading post.

The tycoons of the CPR somehow forgot to pay the railway’s tax bill in Prince Arthur’s Landing. The village treasurer watched the arrears climb to about $14,000. Then he decided to stop writing letters and act.

One morning, armed with a red flag and a writ, he went to « rock cut near the village limits. Flagging down the first train to reach the cut, he climbed into the locomotive cab and served

the writ on a startled engineer, seizing the train for taxes, in the name of her Britannic Majesty Queen Victoria.

Bewildered local railway officials yelped and the seizure soon reached a thunderstruck President William Van Horne. Sceptical at first, furious when the fact sank home, Van Horne made a personal visit to the lakehead to pay the bill.

The choleric president publicly castigated the “impudent little village which seized one of our freight trains and impugned the credit of our great railway system,” and vowed that he would live to see grass grow in the streets of Prince Arthur’s Landing. Then he moved the whole CPR terminal —bag and baggage, bricks, mortar nnd steel —to Fort William.

Prince Arthur’s Landing became the town of Port Arthur in 1885 and was made a city in 1907. Grass isn’t growing on Port Arthur streets, but population figures tell a story just the same. Current estimates show: Fort 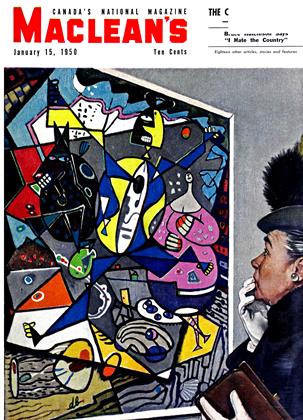