BATTLE CIRCUS: This Korean war yarn wavers curiously in style between frivolous romance (medical officer Humphrey Bogart and starry-eyed nurse June Allyson) and serious, realistic documentary. It’s fair entertainment on the whole, and the shots of surgical units in action are quite gripping.

BLACKBEARD, THE PIRATE: Fiery-eyed, bull-voiced Robert Newton overacts to his heart’s content in this raucous buccaneer mellerdrammer. The kiddies seem to enjoy it, anyway, and from time to time the delectable Linda Darnell undulates into view to make things interesting for their dads and uncles.

CALL ME MADAM: Broadway’s Ethel Merman and some of Irving Berlin’s most bright and brassy songs are reunited in a delightful musical version of the popular stage musical. It's the one about the ebullient Washington hostess who becomes ambassador to a genteel but stony-broke European grand duchy. Donald O’Connor, Vera-Ellen and George Sanders — the latter in fine voice as a bass troubadour — are prominent in the good cast.

HOME AT SEVEN: Sir Ralph Richardson, an excellent actor, directs himself — with only partly satisfactory results — in a civilized but sluggish suspense story about a man who fears that he committed murder and robbery during a lapse of memory.

OFF LIMITS: The brash and wolfish Bob Hope and an agreeably subdued Mickey Rooney are well-matched partners in this funny army-camp farce. Even funnier, by my reckoning, is granite-faced Eddie Mayehoff as a paragon of military policemen.

SHE’S BACK ON BROADWAY: An embarrassingly hackneyed script is a fatal weakness in a musical about a faded movie queen (Virginia Mayo) and her efforts to make a comeback on the stage.

TAXI: A pleasant comedy, if a mite sticky in spots, about a growling New York taxi driver (Dan Dailey) and a trustful colleen (Constance Smith) who has just come from the Ould Sod in search of her no-good husband.

THE WAR OF THE WORLDS: The most plausible, spectacular and exciting science-fiction thriller in the history of the screen. It’s based on a modernized version of the H. G. Wells novel about an invasion from Mars — the one with which Orson Welles terrified the radio audience in 1938. Terrific!

Above and Beyond: Drama. Good.

The Bad and the Beautiful: Movieland comedy-drama. Good.

Girls in the Night: Drama. Fair. 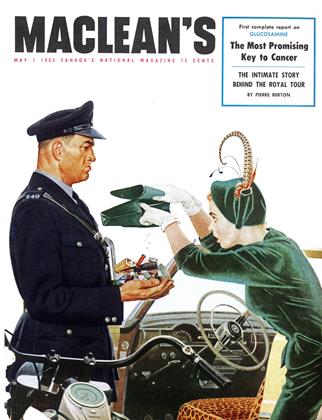