ANNA: Silvana Mangano, the signorina who drove the fieldhands mad in Bitter Rice, somewhat implausibly pops up as a would-be nun in this slick, pretentious Italian melodrama. Her lurid past as a sultry cabaret singer, however, is amply documented in flashback scenes for the benefit of Miss M.’s special admirers.

THE GIRL WHO HAD EVERYTHING: Old-timer William Powell, still spry and lean and debonair, likeably portrays a big-league lawyer whose motherless daughter (Elizabeth Taylor) is dangerously fascinated by a ruthless racketeer (Fernando Lamas). The cast performs competently but the story is hackneyed and predictable.

HOUSE OF WAX: A three-dimensional item of horror and suspense. As a 3-D spectacle, it is technically far ahead of the recent Bwana Devil, and the corny story is at least up to the average chiiler-diller. It’s about an insane waxworker (Vincent Price) who steals bodies from the city morgue.

JEOPARDY: Although weakened by composer Dimitri Tiomkin’s toostrident music on the sound track, this is a tightly knit yarn about a frantic holidayer (Barbara Stanwyck) who tries to persuade a fugitive killer (Ralph Meeker) to rescue her husband, trapped under a fallen jetty with the tide coming in.

NO TIME FOR FLOWERS: Much of the irony is fairly heavy in style in this romantic comedy about love and politics on the other side of the Iron Curtain. Two loyal Czech Communists ( Viveca Lindfors and Paul Christian) are set to spying on each other, with results not likely to astonish anyone.

SALOME: Sex and religion, with more emphasis on the latter, are awkwardly but handsomely blended in a surprising version of the scriptural tale. Rita Hayworth, as Salome, dances suggestively but only for a Very Good Cause, and generally is depicted as a nice wholesome girl. Stewart Grainger is prominent in the all-star cast.

SPLIT SECOND: Actor Dick Powell’s first effort as a director is a brisk, believable suspense story about an escaped convict (Stephen McNally) who hides with a group of captives in a ghost town which is about to be vaporized by an atomic bomb.

TITANIC: The disastrous sinking of the great ocean liner south of Newfoundland in 1912 is here recorded with enough tension and drama to compensate for a lot of fictional hokum behind the scenes. Clifton Webb, Barbara Stanwyck, Thelma Ritter and Brian Aherne are among passengers and crew.

City Beneath the Sea: Action. Fair.

Last of the Comanches: Western. Fair.

The War of the Worlds: Science-fiction thriller. Tops. 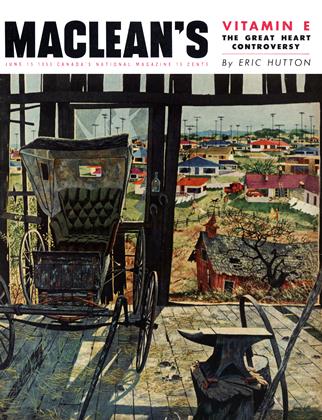