But the United States will do stupid things in 1954. Because of internal pressure from organized groups she will probably force down the price of rubber in Malaya until the workers on the plantations will be so badly paid that they will be ripe for Communism and revolution.

Wall Street will exert too much influence in Washington. President Eisenhower will find that he is a commander-in-chief expected to take orders from those he commands. But I predict that in this year ahead of us he will become less of a compromiser and more of a leader. The faith that the American people placed in him was instinctively right. I sincerely believe that this will be proved to the eyes of history in 1954.

Yet there will be strains between the United States and Great Britain. There are Americans with split minds who want to weaken Britain’s world power while expecting her to be a full ally in defense. I suggest that the British Government will become increasingly tough in its dealings with the U. S. This will not come from any jealousy nor any desire of the old aristocrat to regain the glories of other days. But Great Britain will say in plain English: “You cannot weaken

our economy and at the same time ask us to assume equal status with yourselves in the matter of defense.”

There is no need to bother looking into the crystal in order to see if there will be dark doings in Britain’s Colonial Empire. Of course there will be troubles unending. Under the protection of Britain the colonial territories have developed to the point where they are not merely determined to achieve selfgovernment but may want complete independence.

The British have a reply to this, even if it seems out of date. Rightly or wrongly this is the British case: “In

“Thus did we maintain a population rising to fifty millions on an island pos-r sessing no raw materials except some agriculture, a lot of coal and an abundance of fish. Now you would like to be given complete freedom, but while we undoubtedly have a deep responsibility toward you we have an even greater responsibility to the fifty million Britons living on an island which has not the natural resources to maintain more than twenty million people.

“And may we say to our older children—Canadians, Australians and

New Zealanders—that it was British exploration, the sacrifice of British blood and the genius of British politics that gave to you the countries in which you are now complete masters. Let us not ask for gratitude because such an emotion is out of date. But perhaps we might hope that you will remember.”

There is nothing very proud or exciting about such an attitude. Parents never gain anything by reminding their grown-up children that they sacrificed for them, fed and nourished them, brought them to maturity and responsibility. That devastating vulgarism “So what?” applies to families of nations as well as to families of ordinary parents and children.

The other day I lunched at the Egyptian Embassy in London. There were two former Labour ministers there as well—Dick Stokes and John Strachey—and one other Tory. The ambassador made it perfectly clear that he had a very deep love for the British, but if that love were to continue (as he hoped) then we should get the hell out of Egypt. Those were not his words but they expressed his exact meaning.

A few days before, in the normal peregrinations of political life, I attended a reception at the Spanish Embassy and had a most friendly chat with the ambassador. It seems that the admiration of Spain for Britain is very deep. In fact, if we British would only give back Gibraltar to Spain the concordat would be complete.

A few days later Mr. Emile Bustani, Leader of the Opposition in the Lebanese parliament, invited me to his presence. As an Arab he was educated at Cambridge and in the process developed an almost unbelievable love of the British people. Now that British capital has developed the oilfields of Arabia he thinks that if only the British would leave Arabia the love of the people there for Great Britain would be deeper than the deepest sea.

Thus I foresee that in 1954 there will be a great desire in many territories that the British should withdraw into their little island and maintain a population of fifty millions on natural resources which could not possibly sustain more than t wenty millions. Again with the spirit of prophecy upon me, I predict that the Brit ish will do no such thing.

Now let us look at the continent of Europe for a moment, that continent which has enriched and bedevilled the story of the human race almost from the beginning of time. Perhaps it is as well to remember that Europe is here to stay, no matter how often we may wish that it would drown itself in the sea.

In 1954 Germany will move relentlessly toward its future without the least idea of what that future may lie.

Germany gave Luther to the world, as well as Wagner, Beethoven, Mendelssohn and Goethe. It also gave us Bismarck, Frederick the Great, Kaiser Wilhelm II and the Austrian-born Hitler. Three times in living memory she invaded France. Twice, by her besotted arrogance, she has plunged the whole world into war.

The best thing that could happen and none the worse because it is impossible—would be to emigrate the whole German population. They make admirable citizens everywhere except in their own country.

The Platform That Doesn’t Rot

Never did 1 cast a vote at Westminster so unwillingly as when we, t he Tories, decided to rearm Germany. But what else could we do? The decision was ours but it was the threat from the Kremlin that gave us no option. Will Germany, as the central power between Communist Russia and the capitalist Western world, be a force for stability? Or will she, like a cocotte, smile first on one and then the other and finally sell her favors to the highest bidder?

Thus do we gaze into the crystal and thus do we ponder. Like the old hymn we do not ask to see the distant scene. Perhaps it is only man’s blind faith in the future that makes him go on.

Yet there was one Man, long long ago, who traveled to a Mount and gave to his few hundred hearers a political philosophy that has survived to this day although mankind, in its arrogance, »till refuses to accept it. Here were the main planks of his platform:

Forgive us our debts as we forgive our debtors.

Thy will be done on earth as it is in heaven.

Forgive us our trespasses as we forgive them that trespass against us.

Lead us not into temptation hut deliver us from evil.

Thine is the kingdom, the power and the glory.

I cannot see the distant scene for more than a few steps no matter how I gaze into the crystal. Some day perhaps the human race will realize that it is one family, one breed, and that peace on earth will only be attained when there is good will among men. 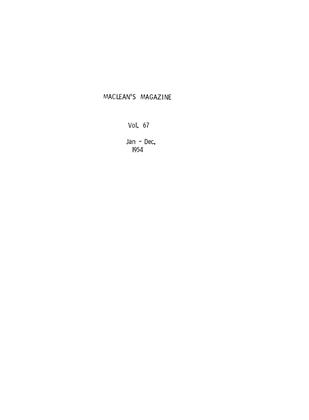