BEST BET 7 BRIDES FOR 7 BROTHERS: The womenfolk of a sedate Oregon town are delightfully invaded by a tribe of brawling bachelors in this fast and funny CinemaScope musical, one of Hollywood's best in that department. Synthetic outdoor backdrops look oddly out of place in some scenes, but the show happily brims with gusto and melody. Howard Keel and Jane Powell top the cast.

THE GAMBLER FROM NATCHEZ: A sword-and-bosom mellerdrammer of the Old South, with a couple of exciting action scenes. But the manly hero (Dale Robertson) and the sneering villain (Kevin McCarthy) are empty stock characters.

THE GREEN SCARF: A rather contrived and jumbled courtroom drama from Britain. However, the story, based on a French novel, has a compelling situation: a man on trial for murder is blind, deaf and dumb. An eccentric old lawyer (Michael Redgrave) defends him.

KING RICHARD AND THE CRUSADERS: Sharp widescreen photography and clever use of stereophonic sound help to atone for the frenzied music and some silly overacting in a CinemaScope item adapted from Sir Walter Scott’s novel, The Talisman. As Saladin, jaunty Sultan of Araby, Rex Harrison performs with enjoyable bravado.

PUSHOVER: It’s the sort of thing that has often been done before, but usually with less competence than in this hard-boiled little suspense yarn. A provocative gun moll (Kim Novak) and a restless policeman (Fred MacMurray) are the principals.

WHITE CHRISTMAS: Danny Kaye and Bing Crosby at their best are funny enough together to deserve a sequel, although not all the production numbers in this big Irving Berlin musical are successful. Rosemary Clooney, Dean Jagger and Vera-Ellen are also on hand. The Technicolor camerawork, in the new VistaVision process, is uncommonly bright and pleasing.

Concert of the Stars (Russian and ballet. Fair.

Dawn at Socorro: Western. Fair. Demetrius and the Gladiators:

Doctor in the House: Comedy

The High and the Mighty: Drama. Fair. 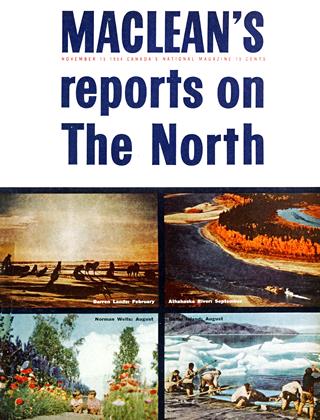