BEAT THE DEVIL: Director John Huston's new picture, a wacky comedy of rogues, is a sort of farcical parallel to his 194 1 crime - and - suspense classic, The Maltese Falcon, but its really funny moments are too infrequent. Humphrey Bogart tops the good cast.

THE COMMAND: Cavalry versus redskins again — but a lot more exciting than usual in this first CinemaScope western. Great fun for youngsters, and quite passable for their elders as well. Guy Madison leads the defenders.

CREATURE FROM THE BLACK LAGOON: A prehistoric man shaped fish falls in love with screaming Julia Adams in an Amazon backwater, but his courtship is a failure. So is the movie.

DECAMERON NIGHTS: Straitlaced morality is triumphant, but gets a sly ribbing nonetheless, in this handsome parcel of Boccaccio tales from the fourteenth century. With Louis Jourdan, Joan Fontaine.

GIVE A GIRL A BREAK: A hackneyed backstage plot and a sometimes lethargic pace are demerit marks against this amiable little musical, but one or two of its song-and-dance numbers are fresh and lively.

THE JOE LOUIS STORY: One of the most honest and sensible sports biographies ever made in Hollywood, with boxer Coley Wallace likably impersonating the Brown Bomber. Newsreel shots of his historic fights are cleverly spliced in.

MAN IN THE ATTIC: Jack Palance is convincingly horrifying as the appalling Jack the Ripper in a remake of that veteran thriller, The Lodger. Good goose-pimple entertainment.

How to Marry a Millionaire: Romantic

The Man Between: Drama. Good.

Wild One: Drama. Fair for adults. 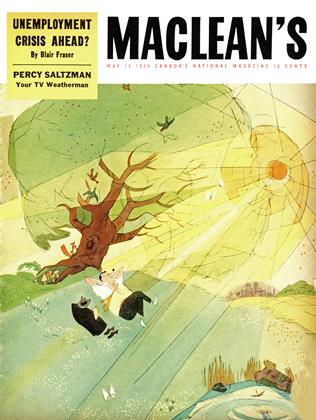