THE VANISHING PRAIRIE: Walt Disney's eighth live-action nature film, his second of feature length, probably will bring him another Oscar. If so, the honor will be, on the whole, well earned: the picture, though marred at times by the usual coy touches in music and commentary, is a fascinating camera prowl among the animal denizens (including prairie dogs, right) of the Great Plains of America.

THE BAREFOOT CONTESSA: There is enough witty dialogue and suave movie making in this over-subtle comedy-drama to make it worth attention, but writer-director Joseph L Mankiewicz doesn’t seem to care enough about any of his characters to excite much interest in their destinies. With Ava Gardner, Humphrey Bogart, Edmond O'Brien.

BLACK SHIELD OF FALWORTH: A preposterous but harmless swordopera in CinemaScope, rather enjoyable on a comic-strip level. Tony Curtis, with Bronx accent, is a noble firebrand in medieval England. The jousting is vividly staged.

THE LAST TIME I SAW PARIS: A long and melancholy rewrite of an F. Scott Fitzgerald short story about an unhappy novelist (Van Johnson) and his wistful wife (Elizabeth Taylor). Several scenes are expertly done but the final effect is faltering.

MAN OF CONFLICT: An earnest but extremely corny drama in which a tyrannical tycoon (Edward Arnold) learns humility from his highminded son (John Agar).

RING OF FEAR: Hollywood may yet come up with a first-class job about circus life, but this one isn’t it. Among those present are a demented Irishman (Sean McClory), lion-tamer Clyde Beatty, and Mickey Spillane, the literary tough guy — in person.

THREE HOURS TO KILL: Mob psychology is the villain in this western drama about an oppressed fellow (Dana Andrews) who twice is almost put to death by lynchers. Rating: fair.

A Bullet Is Waiting: Western. Fair. The Caine Mutiny: Drama. Good. Demetrius and the Gladiators: Semi- 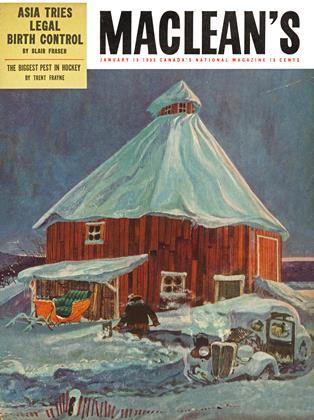