A MAN CALLED PETER: Not another Biblical epic, although religion is its theme, this is the true story of a devout and rugged Scot named Peter Marshall who became one of America's greatest preachers without ever losing his zest for funny stories, singsongs and murder mysteries.

The film is long (two hours) and unashamedly sentimental but it carries immense impact and leaves a warm glow in the heart.

BLACKBOARD JUNGLE: Hoodlumism in today’s big-city classrooms is examined in a shocking, angry drama which some educators have denounced as grossly exaggerated. It's a gripping movie nonetheless.

THE END OF THE AFFAIR: Worthy in intent, but often dull in execution, is this Graham Greene soul-searcher about a married woman (expertly played by Deborah Kerr) who promises God to give up her lover (inexpertly played by Van Johnson). A priceless vignette by John Mills as an English private eye is the best thing in the picture.

FOR BETTER, FOR WORSE: A genial little British domestic comedy about newlyweds — hardly original in plot, but nicely handled.

SIMBA: Perhaps over-gruesome in spots, this is a recommendable British drama about the Mau Mau terrorism in East Africa. It tries hard to be fair to both whites and blacks.

TIGHT SPOT: A good suspense yarn, with one or two surprises in its story, about a hard-boiled convict (Ginger Rogers) who may or may not risk her life by testifying against a boss racketeer (Lome Greene). With Edward G. Robinson, Brian Keith.

TO PARIS WITH LOVE: A Scottish aristocrat (Alec Guinness) takes his handsome son to France. Delightful in spots, and on the whole worth seeing, although the fun slumps off badly toward the finish.

UNTAMED: There’s a smasheroo of a Zulu raid in this widescreen African adventure, but the corn is even higher than an elephanf’s eye. With Tyrone Power, Susan Hayward. 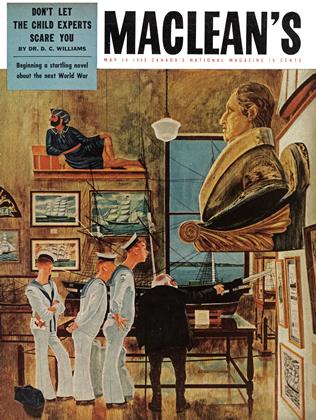