GOOD MORNING, MISS DOVE: Jennifer Jones' glacial charm as a prim small-town school teacher somehow eludes me. She is unaccountably adored by all her former pupils, including a jailbird who keeps breaking loose so he can check up on her hospital progress. Robert Stack, however, turns in a solid and likeable performance as a young physician, and the film’s plea for a wholesome mode of life recommends it to the so-called family trade.

ALL THAT HEAVEN ALLOWS: Strongly slanted to ring the bell with soap-opera fans, but otherwise of limited appeal. High-society widow (Jane Wyman) and manly gardener (Rock Hudson) fall in love despite much pressure from stuffy kinfolk and friends.

DOCTOR AT SEA: Some muscular but amusing clowning by the majestically bearded James Robertson Justice partially atones for a lot of ill-judged slapstick in this sequel to Doctor in the House. With Dirk Bogarde, Brenda de Banzie.

QUENTIN DURWARD: Sir Walter Scott’s novel about knightly valor in the fifteenth century has been translated into a widescreen swashbuckler which offers some literate and witty dialogue as well as the customary heroics. With Robert Taylor, Kay Kendall, Robert Morley.

THE SECOND GREATEST SEX: A western operetta, obviously intended to duplicate the gusto and humor of Seven Brides for Seven Brothers. The attempt falls quite a bit short of the mark but some of the dances are staged with style and vigor. With Jeanne Craine, George Nader, Bert Lahr.

THE SHEEP HAS 5 LEGS: A lively French comedy in which Fernandel, playing six roles, clinches his European renown as one of the funniest men alive.

Cult of the Cobra: Horror. Poor.

Rebel Without a Cause: Drama. Fair. Romeo and Juliet: Ballet. Good. 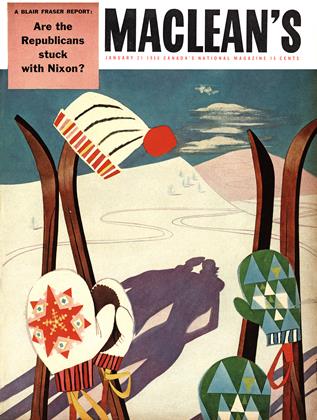