BEST BET ZERO HOURS!: Haunted by memories of a wartime disaster in the air, a former RCAF fighter pilot (Dana Andrews) suddenly must take command of a huge airliner after food poisoning knocks out both regular pilots and most of the passengers. A doctor (Geoffrey Toone) and the stewardess (Peggy King) help him steady his nerves, but finally its his estranged wife (Linda Darnell) who rallies to his aid. A crisp and crackling suspense drama with a Canadian locale, adapted from Flight Into Danger, one of the successful TV plays written by Arthur Hailey, of Toronto.

DON’T GO NEAR THE WATER: There are some nourishing laughs in this Hollywood comedy about the misadventures of a U. S. Navy public-relations team on a South Pacific island. With Glenn Ford, Gia Scala, Keenan Wynn, Fred Clark.

JET PILOT: Mysteriously shelved for years before being released, this is an absurd air-action romance co-starring John Wayne as an American ace and Janet Leigh as a flying spy from Moscow. Rating: poor.

KISS THEM FOR ME: Suzy Parker of the fashion models makes a glamorous screen debut opposite the delightful Cary Grant and the tiresomely ovcrintlated Jayne Mansfield in a silly but entertaining comedy about naval fliers on leave in San Francisco.

LUCKY JIM: British university life is lampooned by the film makers who kidded the army in Private’s Progress and the courts in Brothers in Law. It’s quite funny in spots but not up to its predecessors.

THE STORY OF MANKIND: Mankind goes on trial before a High Tribunal of Outer Space in a pretentious, big-budget historical fantasy, a strong contender for inclusion among the Ten Worst Movies of 1957.

TIME LIMIT: The deeper meanings of cowardice and heroism are explored in this excellent Hollywood drama about treason in North Korea. With Richard Widmark, Richard Basehart, Dolores Michaels.

Action of the Tiger: Drama. Poor.

A Hill in Korea: War. Good.

in spite of big flaws.

Until They Sail: Drama. Good. 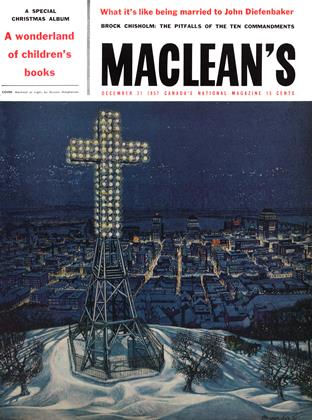