ANDY HARDY COMES HOME: This ultra-folksy Hollywood domestic comedy is definitely not of Best Bet calibre in my ratings, its only priority being alphabetical. It's the first of a new series of small-town yarns starring the grown-up Mickey Rooney as a grown-up Andy Hardy, here shown getting chummy with that little girl who used to wear braces on her teeth (Pat Cawley). Besides Rooney, several other members of the original cast are back, looking only a little older than they did in the early 1940s. The plot is a slender thing involving lawyer Andy in a land-purchase battle with his neighbors.

DON QUIXOTE: At the time of writing I haven’t seen the version with clubbed English dialogue which will get wider distribution on this continent, but the original Russian production (with printed translations) featured at the 1958 Stratford Film Festival was an impressive item. A wide-screen Soviet treatment of Cervantes’ classic Spanish novel, the film contains a remarkable title-role performance by Nikolai Cherkasov as the befuddled knight.

THE OLD MAN AND THE SEA: Leland Hayward’s massive production of Hemingway's short novel has been acclaimed in some critical quarters as a timeless masterwork, but 1 found it a disappointment and a bit of a bore despite much that is stirring along the way. Spencer Tracy is on duty as offscreen narrator, reading long excerpts from the Hemingway prose, in addition to portraying the old fisherman who catches a gigantic marlin and then gradually loses it to a horde of marauder sharks.

QUEEN OF OUTER SPACE: Sex and an occasional touch of satire are introduced into Hollywood’s science-fiction catalogue in this silly fantasy starring Zsa Zsa Gabor as a wispily clad resident of the planet Venus in 1985. Most of the laughs in it, however, appear to be unintentional.

TARZAN’S FIGHT FOR LIFE: All attempts at genuine wonderment seem to have been abandoned in the perennial apeman series, currently offering exlifeguard Gordon Scott as the tree-dwelling jungle lord. This time a malevolent witch-doctor is his main antagonist. Rating: fair.

The Fiend Who Walked the West: “Horror” western. Fair.

The Light in the Forest: Frontier drama. Good.

The Naked and the Dead: War drama. Fair.

Once Upon a Horse: Comedy. Fair. 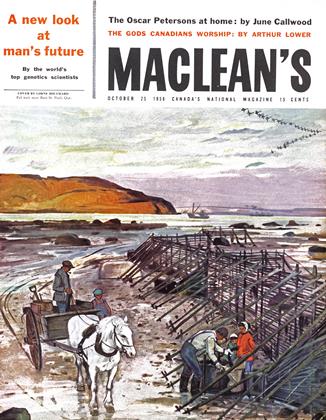