DUNKIRK: Seconds before the next raid by German divebombers, Britons on a French beach are shown praying for divine deliverance in a scene from this honest and stirring British film, produced by Sir Michael Balcon. The true story of “a great defeat and a great miracle” in the dark early days of the Hitler war, it features Bernard Lee (centre) as an angry London journalist and John Mills (right) as a rugged Cockney corporal, both trapped at Dunkirk after the collapse of France and the Lowlands.

THE BARBARIAN AND THE GEISHA: Director John Huston seems to have sacrificed almost everything else in his desire to achieve pictorial loveliness in a fancied-up biography of Townsend Harris (woodenly played by John Wayne), the first American consul to open headquarters in Japan. Eiko Ando is a dainty local charmer who falls in love with the brawny Yank. Rating: fair.

FREEDOM: Sponsored by the Moral Re-Armament movement but written and acted by Africans in Africa, this colorful and inspirational drama tells what happens when the rulers and populace of one composite African state begin weeding out hate and fear from their hearts as a prelude to unity. Some of the performances are amateurish but the story “comes through” with force.

HARRY BLACK AND THE TIGER: Stewart Granger manfully scowls his way from one plot-cliché to the next in a melodrama which has in its favor a tiger hunt crammed with genuine excitement. In its disfavor is a dullish sex triangle involving hunter Granger, weakling Anthony Steel, and weakling’s wife Barbara Rush.

THE NAKED EARTH: Touches of sardonic humor and an interesting performance by a relative newcomer, Juliette Greco, occasionally enliven this sluggish comedy-drama. The locale is Africa in 1895, with Richard Todd as a sturdy farmer from Ireland and Miss Greco as a French adventuress he marries. Rating: fair.

Man of the West: Western. Fair.

Once Upon a Horse: Comedy. Fair. Orders to Kill: Drama. Excellent. 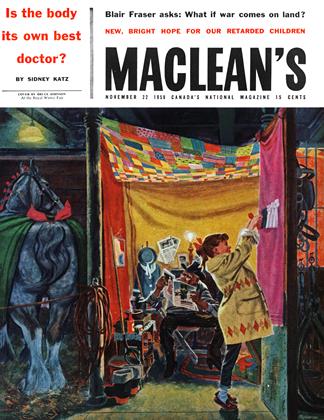