CARLTON - BROWNE OF THE F.O.: Terry - Thomas (right) as a baffled bumbler from the United Kingdom's foreign office and Thorley Walters as a majestically incompetent colonel are both funny fellows in this wacky British comedy, which carries the trademark of the makers of Private’s Progress and Brothers in Law. The plot is less consistently ingenious than those of its forerunners but its best moments are hilarious.

THE LOST MISSILE: Ottawa is suddenly destroyed by a mysterious flaming rocket from outer space, after which the invader’s orbit begins approaching New York. Smart use of stock shots and newsreel material, clever editing, stilted acting and corny dialogue are among the good and bad points of this science-fiction thriller.

• HE NAKED MAJA: A lavish, stodgy costume melodrama about the younger days of Spain's great Francisco Goya. Anthony Franciosa portrays the artist, and a somewhat gaunt Ava Gardner is the tantalizing Duchess of Alba.

OPERATION AMSTERDAM: A few hours before Hitler crushed Holland in 1940. an English major and two Dutch civilians were given a top-secret job: to round up and take to London a fortune in Dutch diamonds. As a film, this true story becomes an exciting cloak-and-dagger adventure. Tony Britton, Peter Finch and Alexander Knox are the gem-rescuers, and Eva Bartok is a bereaved Dutch girl who helps them.

PORK CHOP HILL: The savage and seemingly senseless last-ditch fighting that took place in Korea just before the peace treaty is vividly re-created in this stark and sombre foxhole drama directed by Lewis Milestone, who made All Quiet on the Western Front. Gregory Peck is the lieutenant in charge. Rating: good.

THE SOUND AND THE FURY: The screen edition of the William Faulkner novel is crammed with hifalutin “significance” which somehow never comes into sharp focus. ..In other respects it is merely the latest in Hollywood's inexhaustible series of White Trash dramas of the Deep South. With Yul Brynner, Joanne Woodward, Margaret Leighton. 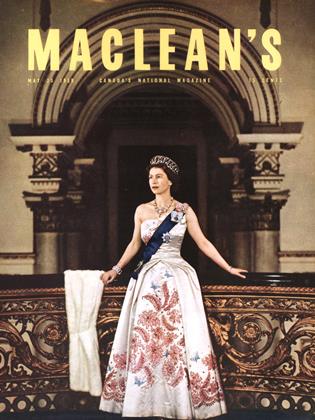