ROOM AT THE TOP: An honest, tough and poignant British drama in which the central characters arc a slum-

A CRY EROM 'LUE STREETS: There are several pleasant moments in this British story about some orphans and the adults who are trying to help them. The story, however, veers off into incongruous melodrama near the finish. With Max Bygraves, Barbara Murray. Rating: fair.

THE SHAGGY DOG: Accidentally victimized by an ancient Borgia curse, a teen-aged boy (Tommy Kirk) finds himself unpredictably changing into the form of a big friendly pooch and then back into his normal state. Although played very broadly for what the industry calls bellylaffs, it adds up to an enjoyable family show.

SOME I.IKE IT HOT: Jack Lemmon and Tony Curtis become female impersonators and join an all-girl jazz orchestra while lleeing from vengeful hoodlums in 1929. A well-curved singer named Sugar Kane (Marilyn Monroe) stimulates the non-female in both of them. Genuine hilarity is gradually replaced by boredom and distaste as the one basic gag is stretched out thinner and thinner, although I’m sure some of the customers will adore every minute.

Ice-Cold in Alex: British drama of war in desert. Good.

The Spy on Wilhelinstrasse: British

Stranger in My Arms: Drama. Fair. 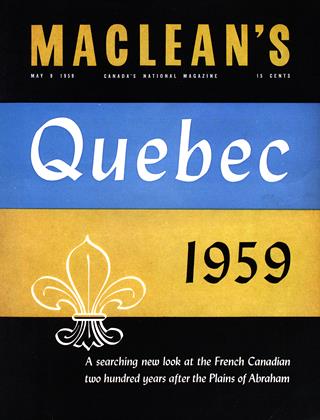