THE DARK AT THE TOP OF THE STAIRS: Dorothy McGuire (right) and Robert Preston are a married couple plagued by a number of honestly observed domestic problems in a long but interesting drama, adapted from William Inge’s Broadway play. The wife’s nosy and garrulous sister (Eve Arden) blunderingly adds to the tensions, but even she is gradually disclosed as a human individual rather than a cartoon. The locale, vividly projected, is a small town in Oklahoma in the 1920s.

CAGE OF EVIL: Nursing a grudge against the authorities because he believes he is overdue for a promotion, a big-town police detective (Ronald Foster) becomes a thief and killer after teaming up with a blonde from the underworld (Pat Blair). Rating: fair.

HOUSE OF USHER: A celebrated short story by Edgar Allan Poe has been considerably changed and expanded in its transition to the screen. It emerges nonetheless as a horror film better than the recent average in that department, if only because it avoids the usual tongue-in-cheek treatment. Buried alive while in a cataleptic trance, a doomed beauty (Myrna Fahey) goes mad in the coffin and breaks loose to wreak vengeance on her brother (Vincent Price).

JUNGLE CAT: The latest in Walt Disney’s wildlife documentaries has the rain forests of Brazil as its setting and the jaguar as its fascinating herovillain. Anteaters, boa constrictors and other seldom-seen creatures are also revealed in startling close-ups. The spoken commentary is laudably free of the coy whimsies that marred some of the film’s predecessors in the series.

LET’S MAKE LOVE: Most of its musical numbers are letdowns but there is a generous amount of entertainment in this overlong Hollywood comedy. France’s Yves Montand is charming as a billionaire bachelor who, posing as a jewel salesman and amateur actor, begins courting an oif-Broadway cutie (Marilyn Monroe). The skilled cast includes Tony Randall as one of the rich man’s PR advisers and Wilfrid Hyde White as his foxy financial wizard.

THE NIGHT FIGHTERS: Hollywood’s Robert Mitchum sometimes seems more Irish than the natives in an earnest but confused drama about antiBritish activities on the Ould Sod during the early stages of the Hitler war. Rating: fair.

SERIOUS CHARGE: A bachelor clergyman (Anthony Quayle) is falsely accused of a homosexual attack on a teenage boy, and soon learns that mob psychology simmers under the surface of the starchy English community he has been trying to serve. With Sarah Churchill, Andrew Ray, Irene Browne.

From the Terrace: Drama. Fair.

It Started in Naples: Comedy. Fair. 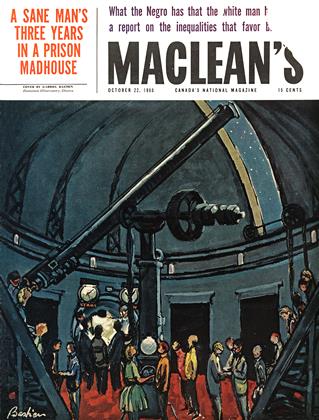