SUNRISE AT CAMPOBELLO: Franklin D. Roosevelt’s valiant, cheerful battle against polio and despair at his summer home in New Brunswick in the early 1920s has been turned into a stirring and entertaining film, based on Dore Schary’s Broadway hit. Ralph Bellamy repeats his stage success in the FDR role, and an unglamorized Greer Garson is unexpectedly effective as the young, shy Eleanor Roosevelt. Hume CTonyn, however, almost steals the show with his acute portrayal of the sourfaced. soft-hearted Louis Howe, who staunchly prodded and supported the future President of the United States.

EAST AND SEXY: The dubbed English dialogue docs little if anything to improve this heavy, coy Italian comedy starring Gina Lollobrigida as a pizza from Brooklyn who stirs up the menfolk in her native village. Hollywood's Dale Robertson, as a taciturn blacksmith, is her implausible Romeo.

NUDE IN A WHITE CAR: Another specimen of trash from Europe, equipped with English soundtrack and a teasing title. A French film, it tells of a jobless he-man (Robert Hossein) who becomes steamily involved with a pair of mystifying sisters (Marina Vlady. Odile Versois).

SEVEN WAYS FROM SUNDOWN: A fair-enough western in which the audience's sympathy is divided between the pursuer (Atidie Murphy, as a Texas Ranger) and the pursued (Barry Sullivan, as a gay and humorous outlaw). The hero's name, because of a parental whimsy, is Seven Ways From Sundown Jones — a circumstance that fortunately is not dwelt on at any length in the story.

SONG WITHOUT END: The life and loves of Franz Liszt arc plushily unfolded in this big-budget biographical musical, made in Europe by Americans. with England's bored-looking Dirk Bogarde as the dashing pianistcomposer. The actor’s fingerwork at the keyboard strikingly coincides with Jorge Bolet's fiery pre-recorded pianism. Most of the venerable Hollywood clichés about the night-thoughts of musical geniuses are doggedly repeated, and some of the concert-hall excerpts are annoyingly brief. On the whole, though, it's an item worth seeing and hearing.

STUDS I.ONIGAN: Written in the 1930s. James T. Farrell’s anguished tales about the growing-up of a slum youth in Chicago have been filmed at last — with disappointing results. The picture is arty, fumbling and disconnected, with an embarrassingly amateurish performance by newcomer Christopher Knight in the title role. 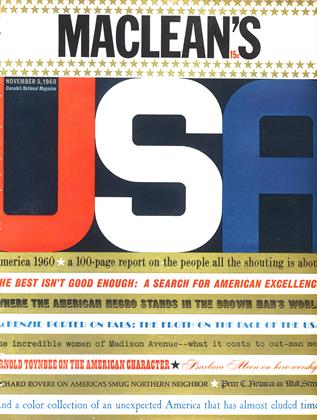