Commercial bailiffs do a messi/ job. When credit - buyers default, it’s the bailiffs who put the arm on the goods. They're often charged — and convicted —of assault, but even the police encourage them to “steal” the goods they have a legal right, to recover. Here’s irhy

OF THE MILLION CANADIANS who signed close to a billion dollars' worth of time-payment contracts last year, an uncertain but large number probably made the mistake of thinking they owned the goods they'd undertaken to pay for.

It was an easy mistake to make, since the clause that says the finance company owns the goods until the last payment is made almost always appears in very fine print indeed. A typical auto-finance contract reads in part: "The title, ownership and right of property in and to the car shall remain in Seller, until all amounts due hereunder or rearrangements thereof are fully paid in cash." Read or unread, the clause made a real difference only to the estimated seven thousand people who couldn't keep up their payments, broke their contracts, and lost the goods they had "owned” to the real owners, the finance companies. They found, sometimes to their surprise, that the payments they had already made were lost. too. Another clause reads: "Seller may retain all payments made by Purchaser as compensation for the use of the Car while in Purchaser's possession." And at least a few thousand of these people found that they had apparently lost the right to throw trespassers out of their own homes: "Seller, or any sheriff or officer of the law, may, without notice . . . lawfully enter any premises where the Car may be found, and take possession of it."’

“Lawful” or not, this is obviously an unavoidably messy job. Doing it, in most provinces, is the trade of commercial bailiffs. (In Quebec. Alberta. Saskatchewan and Newfoundland. repossessions arc normally handled by court order, so that the question of trespass doesn’t arise.) Commercial bailiffs in the other provinces have no legal standing beyond what they get from working for the owners of the goods they’re hired to recover. In Ontario they work under a municipal license that requires every bailiff to be bonded to ensure responsibility for his acts. In Toronto the bond is $5,000. soon to be raised to a figure not yet determined. They are required to show identification and a bailiff’s warrant (but seldom do, until they have got past the debtor’s door, for reasons that will soon be made clear) before they lay hands on any property.

The warrant is simply a blue slip issued by the creditor without recourse to any court authority, directing the bailiff to take possession of goods "under the terms of a certain conditional or chattel note . . . default having been made therein.”

Their reward is a variable commission for the goods they bring in: five percent of the value of a car, a flat $25 for a television set. Their numbers have grown with the growth in installment buying: in the Toronto metropolitan area, for instance, there were eighty-seven licensed bailiffs and assistants in I960 against fifty-four only three years earlier.

The transcripts of cases in which

bailiffs have been tried for assault show that some of them — it can’t be said with certainty how many — are convicted criminals, and the cases themselves show that there are bailiffs with a taste for brutality. In an incident that failed to reach the courts last year a bailiff repossessing goods in Toronto punched a pregnant woman in the stomach, bringing on a miscarriage. His empl vers paid the

woman $10,000 without legal action on her part, and the affair was thus kept fairly quiet. Alarmed by the number of bailiffs appearing in court on assault charges, the Ontario Attorney-General’s Department has rewritten the provincial Bailiff’s Act. On January 1. 1962, the new act will bring bailiffs and their assistants under the jurisdiction of the attorney-general. confine their activities to the county in which they are appointed, and set up a public grievance procedure. But the new act will still leave Ontario, like the other provinces where com-

mercial bailiffs are at work, arguing a far graver legal problem. Does a man’s signature on a time - payment contract really strip him of the right to rid his house of trespassers, if he defaults his payments?

On the other hand, does the law against trespass give a defaulter the right to hang on to merchandise he doesn’t own. and refuse to let it be taken back by the lawful owner’s lawful agent, the bailiff?

Until 1959. the police (in Ontario at least) tended to favor the lawful owner and the bailiff. If a defaulting debtor wouldn't let the bailiff in to repossess an article, the bailiff simply called the police, who checked his credentials and then ordered the householder to stand aside.

In the last two years it’s been different. The police have tended to take the householder's side, and treat the bailiff as a trespasser. The result, according to the bailiff, has been to make it impossible for him to do his work by open, decent, everyday means — he must use guile, if not actual force, or else let the defaulter continue to enjoy the use of someone else’s property. Thus, say the bailiffs, the

hoodlums of their trade now have an advantage over the honest men. The change was reflected in two court cases heard in Toronto last year.

In May I960, a 240-pound bailiff’s assistant, Kenneth Koncrgan, was accused of knocking a small girl down and inflicting a sixtecn-stitch gash on the arm of the girl’s father while attempting to seize some furniture. “There is a popular misconception in the minds of many people as to the extent of the bailiff’s rights and privileges,’’ said a magistrate in fining I.onergan $50 for assault. "Once it has been made clear to a bailiff that there will be resistance to removal of a chattel. a bailiff grossly exceeds and abuses his rights if he persists in using force.”

In a second case that spring, the Ontario Court of Appeal reversed a county court judge’s decision that the debtor was the “author of his own misfortunes.” The appellate judges fined three bailiffs a total of $100 for roughly handling a man during a repossession. According to testimony, two of the bailiffs held the man down while the third carted away a IV set. Mr. Justice W. F. Schroeder ruled: “If a person enters the premises lawfully, in the first instance, for the purpose of resuming possession of movable property and subsequently abuses his authority, he becomes in law a trespasser."

Since this decision the Toronto police have enforced a householder's complaint against a trespasser whether or not the trespasser is a bailiff armed with a warrant. It is no longer the bailiff who calls a cop. but the bailiff’s adversary. The bailiffs, through their provincial association. refuse to accept either the court decisions or the police interpretation of them. David Rose, the association’s solicitor, says the police are dead wrong about the law'. A delinquent must surrender the property to a bailiff armed with a proper warrant. Rose says. And if he prevents the bailiff or his collector

from making the seizure, then he’s the one who’s guilty of assault. Rose believes that the last round of the legal battle must be fought before the Supreme Court of Canada. He plans to seek such a decision if a suitable test case presents itself. Meanwhile, bailiffs are convinced they are often the victims of the police and lower courts, which tend to side with the debtor in cases involving force on either side.

“The police are turning us into crooks,” says Bruce Gould, the owner of a Toronto firm of bailiffs. A senior Ontario police official confirms what Gould says, in a sense. He keeps a wary eye on bailiffs’ operations, and says that they can work as successfully by “guile and artifice” as they could with force. He’d rather have them sneak into a house to seize furniture at night than have them risk a brawl by coming in when the household is at home. According to the bailiffs, on the other hand, they need as much guile, artifice, and force as they can get. They claim that an honest man almost never refuses to return goods he can’t pay for.

“The fact is, most decent people never meet a bailiff,” says W. E. Hanna, the proprietor of one of Toronto’s oldest firms of bailiffs. “If an honest man can’t keep up his payments, he should — and usually does — go to the finance company and explain his problem. They want their money, not the merchandise, so they’ll be reasonable. Of course, if the man simply can't afford to make his payments, they’ll suggest he return the goods. But that’s what any honest man would do, anyway, isn’t it?”

As the bailiffs see it, that leaves two kinds of people for them to deal with: the deadbeat, who makes a living out of cheating the finance companies, and the irresponsible, who has so little conscience he’ll neither pay his bills nor surrender the merchandise. “Against these people,” says Bruce Gould, “we have to lie, cheat, and connive. If we’re going to catch them, we have to pull every trick in the book. We have to be twice as crooked as they are.” Using these methods, the bailiff relies on the deadbeat’s usual fear of the police to keep him out of court. But before he can make a seizure, the bailiff must find the debtor, who often “doesn’t live here any more” when the bailiff calls at his last known address. For this reason the bailiff seldom shows his warrant at the door. Instead, he may plead to be let indoors “because it’s cold outside.” Or he may pose as a deliveryman, gas-meter reader or even a Bible salesman. When these subterfuges fail, the bailiff employs a specialist in debtor-tracking, known as a skip-tracer.

One skip-tracer, a dark-eyed intense man of about thirty-seven, told me he leans heavily on his tape-recorder. Not only does he use it to record telephone conversations (he plays them back, over and over, to see if he’s missed a clue) but he hides one in his briefcase when calling on a subject’s friends and relatives in search of leads. A few months ago he was visiting a debtor’s parents to find out the whereabouts of their son. After a few minutes of questioning he knew would be futile, he excused himself to use the bathroom, leaving the briefcase and its concealed tape-recorder in the living room. In his office later, he played back the conversation that took place while he was out of the room. He heard the father dial a phone number and say, “Son, better stay away until later — the finance boys are here.” And that was all he needed. By playing the tape back at extremely low speed, he was able to count the dial clicks and check the number in a directory to find his man. jç 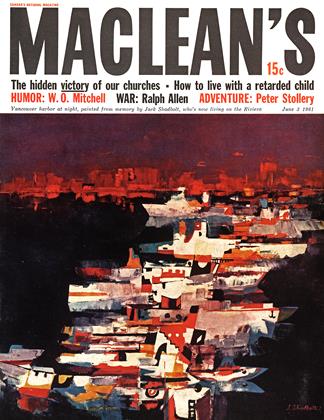