The shout heard round the livingroom: those blasting TV commercials ROBERT FULFORD January 26 1963

MOST TV WATCHERS probably decided long ago that the commercials on television are much louder than the programs. The evidence of my own ears seems conclusive to me: when Perry Como fades off the screen and an advertising pitchman flashes on, the sound fairly blasts out of the set, frightening dogs and children for yards in all directions. This makes TV viewing much less pleasant than it would be otherwise. Confronted with this evidence, you can easily begin imagining that the TV stations have a little man — called a Network Commercial Boomer, maybe — who turns up the volume knob at the station whenever the real business of TV, the commercial, is starting.

The television people have explained frequently that this isn’t true. A station’s sound equipment, they’ve pointed out, can operate only within a given range of intensity, and to change this from minute to minute would violently distort the words and music broadcast.

But then, there must be some reason. To explore the question 1 recently hired an audio engineer and some equipment: a standard volume unit, of the kind radio and TV stations use in their control booths, and a graphic level recorder, which shows changes in sound intensity on a piece of moving paper.

We tuned these devices to CBLT, the CBC’s loronto television station, for one evening in December. What we discovered is what TV sound engineers have known all along: that the loudest commercial, at its loudest point, is no louder than the loudest point in a drama or musical program. Gunshots, door slams, and orchestral crescendos broadcast in the course of TV entertainment often reach the same peaks the commercials reach. Indeed, a shot is noisier than the sound in most commercials.

The difference is that the entertainment is recorded in the full dynamic range of the equipment while the commercials often are recorded in an artificially compressed or limitai range. In many commercials, all the sound occurs in the top half of the range. This builds up the intensity of the sound and gives a sustained impression of loudness. It produces an irritating, unvaried sound, approaching the sounds of a whining PA system or q stuck auto horn. Drama, conversation and music, on the other hand, vary between very loud and very soft, much as sounds do in real life.

The illustrations, w'hich show sections of the paper from the graphic level recorder, demonstrate how the system works. On this graph. O is the highest possible volume, the point at

which distortion would occur. The figures below O are in decibels, showing the levels below the maximum reached by the various sounds.

Now: the Teem commercial, which came at a station break, had the effect (to my ears) of being louder than the material before and after it. As you can see, it was recorded within a range of about 20 decibels below the maximum sound possible. The conversation between Bobby Rydcll and Tommy Ambrose, which follow'ed the Teem commercial, ranged over 30-odd decibels below the maximum, which is as close to natural sound as the engineers can make rt.

The other example is part of a loud passage from a Texaco commercial. It is recorded over a wider range — it goes as much as 25 decibels below' the maximum — but it is still limited. Beside it is a passage of narration by lack Webb, which came shortly after. Here the full dynamic range is used. (The lines going straight to the bottom indicate silent pauses.) The narration is relaxed and varied; the commercial is insistent and demanding.

Not all commercials can be charted like this, of course; perhaps half of them, or more, are recorded as naturally as possible. But those which irritate you by blasting out of the set are technically calculated to do so. The people who make commercials believe that unnaturally loud sounds are more likely to sell you some things than commercials which speak to you normally. The chances are fairly good, I think, that they do.

Why (loCS One buy a painting? Is it to help or flatter the artist, as an investment, as a status symbol, or merely because one likes the painting?” The letter, from a Calgary reader, raises some questions which my recent piece on fake Canadian art neglected. “If the answer,” Mrs. W. O. Hurlbutt writes “is because one likes the painting, the name of the artist doesn’t matter much.” Mrs. Hurlbutt reflects a fairly widespread scepticism about authenticity in art. If you like a painting enough to pay money for it, the argument runs, who cares whether the painter is named Tom Thomson or Tom Smith? And if nobody cares, then why make all this fuss about the fake Group of Seven pictures that have flooded the market recently?

The answer is that few people buy art out of simple motives. Most collectors want decoration for their rooms or ornaments for their lives, but they also want investments, or status symbols, or mementoes of the artist and his period. 1 doubt whether these are totally worthless motives; at least, I doubt whether their results are always worthless.

A painting can sometimes function as a sort of secular version of the saints’ relics w'hich once played so large a part in Roman Catholic piety. To buy a Tom Thomson, for instance, is to express not only a liking for the picture itself but a reverence for the artist and all his work, and for those many things—Canadian patriotism, for instance — which he and his contemporaries represent. When a fake is purchased, and eventually revealed as a fake to the owner, he is cheated of this historical and emotional value.

But not only the buyer suffers when fake paintings are sold. If he intends to leave his collection to a public museum, then the public suffers—it inherits comparatively valueless art when it could have inherited pictures of importance. If the collector intends to leave his pictures to his children, then they suffer—instead of inheriting the estate which the collector thought he was building for them, they receive comparatively valueless pictures which may or may not interest them as art.

In my opinion, even the people who buy art

to increase their personal status deserve protection. The status-seeking art collector is by now one of the conventional figures of fun in our society, but he is hardly a criminal. It seems silly to me to demand that art collectors demonstrate a purity of soul which is not asked of most members of society. And, in fact, the man who starts out buying for reasons of status may end as a passionate collector; I've seen the process work. Harold Town once said: “When they buy one picture, whatever their motives, you have a spy in their house, and he may win them over.” If the painting turns out to be a fraud the status-seeking buyer won’t be encouraged to turn into a collector.

What else is wrong with fake art? It debases the names of the artists. The artists of the past, whether Rubens or Tom Thomson, left us something priceless. We owe it to them to see that junk (or even good pictures by other hands) does not bear their distinguished names. For all these reasons I was pleased to learn recently that the Ontario Provincial Police, at the suggestion of the National Gallery, are now investigating the makers and sellers of fake Canadian pictures. 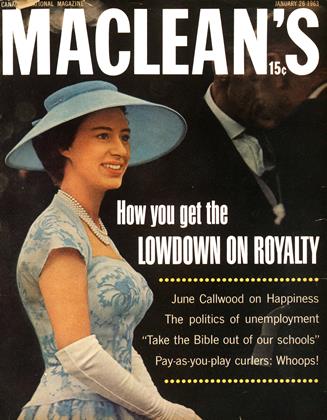