U. S. aid is meant to bolster freedom. In Latin America, it spawns tyrants

IN WASHINGTON these days there is mounting concern over the way the Alliance for Progress, so fine in theory, is working out in practice. Even staunch supporters of this generously conceived U. S. plan to help countries south of the Rio Grande to help themselves are worried by indications that the scheme may be backfiring and doing more harm than good.

Recently, for example, an army coup d’état made Honduras the fourth Latin American nation since April to be turned from what was at least a nominal democracy into an out-andout dictatorship, putting it on the same list as Guatemala, Ecuador and the Dominican Republic. This shook United States officials because the Alianza was intended to buttress legally elected constitutional governments and speed the end of military gangsterism.

But what has shaken these officials more is the dawning realization that what happened in Guatemala, Ecuador, the Dominican Republic and Honduras may have been a direct and unhappy result of U. S. aid.

In the case of Honduras, in particular, it is now fairly clear that the putsch was encouraged not only by Honduran oligarchs, intent on preserving feudal privileges, but by rich and powerful families and business corporations that virtually control other Latin American states. The perpetrators described themselves as true patriots purging Honduras of communists and fighting against infiltration by Castroites.

But there are excellent reasons for believing that they were, instead, engaged in a conspiracy to defeat the Alliance for Progress program, which, in return for loans, technical

assistance and outright grants, stipulates that those on the receiving end must institute reforms. The reforms would include tax increases for those who can afford to pay them, land redistribution, free and honest elections and steps to check grafting by politicians. But, for the most part, the wealthy don’t want to pay taxes, the owners of enormous estates don’t want to relinquish any land, the families and corporations who keep their stooges in office by rigged elections are afraid honest elections would weaken their grip on the hapless and ignorant populations they victimize, and the crooked politicians want no restraints on their stealing.

Such are the people who are gloating over the rise of the new dictatorships in countries that had been groping toward democracy, and who are cheering their old allies and buddies, the ruthless, ambitious military caste. In the Dominican Republic, the brass-hatted usurpers are openly decrying and insulting the United States and, quite naturally, neither American citizens nor their representatives in Congress are unperturbed by the abuse.

The forthright Senator Wayne Morse, from Oregon, is currently demanding a legal ban on aid under the Alliance for Progress to countries “in which the government has come to power through the forcible overthrow of a prior government which had been chosen in a free and democratic election.” This idea is gaining popularity.

There are conservative elements, though, who oppose it. The Washington Evening Star, for one, says: “It is quite possible that a situation might arise in which it would be much better ... to have an incompetent elected government overthrown by a military coup instead of by a Castroite communist coup. In such a situation, why should we not encourage rather than discourage the military?”

In the United States, which has an almost psychotic horror of Castro, this is an effective argument. And there are political commentators who profess to take confidence from the fact that the officers who toppled the four democracies had U. S. training. The policy has been to invite Latin American officers to attend U. S. military schools, to “orient them toward the United States.” But the weight of evidence, as I write this, is that the policy has been a grotesque failure. So, for that matter, has the policy of equipping Latin American armies. In Guatemala, in Ecuador, in the Dominican Republic and in Honduras, the new dictators overthrow the elected governments by threatening them with U. S. weapons.

At the moment, in Washington, there is a lot of behind-the-scenes soul-searching going on about what should be done in future about training and arming Latins. If it were not for the feeling of millions in the U. S. that Castro’s grand design is to extend his sphere of influence throughout Latin America by propaganda, infiltration and the organization of insurgent forces, the final decision would probably be to leave Latin militarists strictly on their own. Anti-Castro sentiment rules that decision out at present.

THE REDS MAY RIDE MISERY TO POWER

The U. S. government, indeed, is in a serious quandary.

The conviction of most of its experts is that in Latin America the people have reached a point at which, unless rapid evolution improves their condition, bloody revolutions will be inevitable. If the Alliance for Progress, personally promoted by President John Kennedy, does not succeed, Kennedy’s prestige will suffer with an election year in the offing and, more important, the one chance of quickly raising the living standards of scores of millions of

hungry, disease-ridden illiterates will vanish, and the communists may well ride into power on the back of misery. Thus Alianza aid will be terminated solely as a last resort. Yet, on the other hand, if the Alliance for Progress program is spawning military dictators one after the other because the Latin American oligarchs and their military henchmen fear the conditions imposed by the Alliance, how can the aid program logically be continued?

The viciousness of the coups of the last eight months is not to be underestimated. Nor is the harm they have wrought.

I was in Tegucigalpa, the capital of Honduras, during a tour of Latin America last spring.

Tegucigalpa is not a pretty place. It is hot, and gusts of dust blow down from the eroded ridges of the surrounding mountains, and the narrow crowded streets are littered with filth. The stores arc drab. Slums stretch out in all directions, plumbing is practically nonexistent;

none but the affluent have the luxury of running water. Yet Tegucigalpa was permeated with hope and confidence.

I watched government physicians and nurses and medical people from the U. S. Peace Corps inoculating children, treating them for parasites and skin diseases, telling mothers how to give them the most nutrition for the least money.

WHAT HONDURAS COULD HAVE HAD

In a new and modern building, set up on concrete pillars above an open square where youngsters were playing games, I spent an afternoon with three of the men who were planning the projects that would be undertaken with Alliance for Progress assistance. From fat, exhaustively detailed reports, they reeled off facts and figures: installed electrical capacity was to be doubled by 1964; paved roads were to be extended from 373 kilometers to 481 in 1964; the number of telephones would he increased from 4.500 (pathetically few for a country with 2,000,000 people) to 14,900

by 1964; land reform would redistribute 100,000 acres; schoolrooms for 56,240 new pupils would be erected and 2,000 new teachers trained; nine water systems would be created for 184,000 people in larger towns; 24 smaller systems would serve 38,000 people in villages; four big hospitals would be constructed and there would also be health department hospital units in 20 villages; taxes would be raised and collections improved; unemployment would be reduced by a mixture of public and private investment; per capita income, a sorry starvation-level $181 annually, would skyrocket.

So they had a coup and tossed out the government and smashed the dreams of their pitifully deprived fellow Hondurans. They made Honduras safe for oppression. 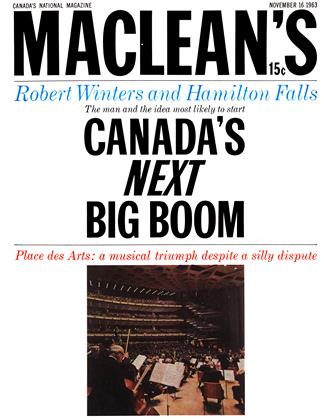