ON THE LAST DAY OF APRIL the press-relations officer for the Canadian Universal and International Exhibition, Montreal 1967 (Expo 1967), invited me aboard one of those German automobiles that float and took me for a cruise among the islands where the fair will stand. It was a brilliant blowing afternoon. The car was new, a creamy convertible with

red leatherette seats, and when we passed the outbound Empress of Canada starboard-tostarboard the press officer was as proud of his absurd little vessel as he was of the great bluffs of reddish fill that are rising in the river to fatten out the site for Expo 67. He is a dark, busy, good-natured ex-reporter whose salary is $11,000, whose name is Jean-Louis DeLorimier, and who says his ancestor, the rebel Chevalier DeLorimier, was the main attraction at Canada’s last public hanging. With us, aboard the car, was another ex-reporter, a darkeyed brunette from Vancouver named Carol Gregory. Miss Gregory’s job was to stick with me during the two days I was trying to find The Truth About the World’s Fair and, somewhat like a tourist guide in Soviet Russia, to show me the fair that the fair wanted me to see.

I think now that DeLorimier’s cruise, Miss Gregory’s graceful efforts and the ease with which she arranged interviews for me with Expo 67 executives — who claimed to be working sixteen to twenty hours a day — are all evidence that Expo 67 is badly frightened by the kind of publicity it’s been getting lately and is trying desperately to set it right. With me, they succeeded. I came away convinced that Expo 67 is off and running — that although the job ahead is still almost inconceivable, the fair now is at least clear of the indecision, resignations and political intrigue that snarled its progress for so many months. (Deputy Commissioner Robert Shaw says that in his seven months on the job he hasn’t received a single telephone call from Montreal mayor Jean Drapeau, whom he regards as “a terrific little guy.”) Moreover, I got the strong impression that Expo 67 is inspiring among its executives a degree of effort and fervor that’s rare in private industry. And though Expo 67, like any large corporation, undoubtedly harbors some expensive, ineffectual help, I don’t think that, generally, it’s overstaffed or overpaid; I do think the press has been less than just in its recent treatment of the fair.

A few weeks ago the fair corporation’s first annual budget was tabled in the Commons and it included a statement by the auditors of the federal and Quebec governments that Expo 67 had overshot the budget authorized last spring by $142,577. The fair had hired more people than the budget had set out and, in many cases, paid them more. These facts, salted with varying amounts of editorial outrage, were published across the country.

THE OTHER SIDE OF THE OVERSPENDING STORY

The facts that were not published were these: in the autumn Trade and Commerce Minister Mitchell Sharp agreed with the fair's new man-

agement that it needed a revised plan of organization for 1963; 2) the fair produced the new plan and it included the scandalous “overspending”; and 3) both Ottawa and Quebec City informally approved the second plan. They withheld formal approval only because they were waiting for the fair to bring in a master plan for all the years till 1968. (Expo 67 did produce the master budget — for $167 million — in February.) Deputy Commissioner Shaw says no reporter or editorial writer took the trouble to phone him or anyone else at the fair to get these facts or hear Expo 67’s side of the story. Apparently, no one phoned Mitchell Sharp either; much later, on television, he explained that what the auditors had uncovered in the financial affairs of Expo 67 was a mere technical fault.

One newspaper editorial, which showed ignorance of this background, accused the fair of spending money like drunken sailors and this particularly offended Shaw because “at that time I’d finally taken two weeks off and gone sailing.” Shaw does have a sailor’s complexion. He wears glasses and a mustache and, the day I saw him, he had on a blue suit that suggested he doesn’t hold much with the idea that clothes make the man. He is heavyset and moves around his office with the physical authority that comes from decades of on-site construction work. His last responsibility was the presidency of one of the two or three biggest construction companies in the country, the Foundation Company of Canada.

Commissioner Pierre Dupuy ($22,500 salary, plus $17,500 expense allowance), who is Canada’s senior diplomat and a man of legendary charm and suavity, is the titular head of Expo 67 and its supreme representative abroad. But, in effect, the real boss is Shaw ($35,000) who stays home and Gets Things Done and hires other men who get things done. Shaw sneered at an electronic computer last autumn because it told him the fair couldn’t be built before 1969.

Shaw says there were thirty-three people on Expo 67’s staff when he took over in October; there are 308 now and before the fair opens there’ll be at least twice that number. One of the first men Shaw hired was Colonel Edward Churchill, a ruddy, swaggering, sawedoff engineer from Winnipeg who helped Montgomery build airports during the Second World War, worked with Shaw on the construction of the DEW line and, in recent years, has been the chief construction boss of the Canadian army. A year ago many people said it was ridiculous to consider dumping enough fill into the St. Lawrence to round out a decent site for a fair in ’67. Churchill is the main reason why that filling operation is now three weeks ahead of schedule.

GROUP PORTRAIT OF THE CANADIAN FAIR-MAKERS

Churchill is also one reason for my own renewed faith in Expo 67, but there are several others. They are mostly men in their midthirties and Shaw says Expo 67 only got them by “bludgeoning” their previous employers. They include Robert Letendre ($25,000), administrator of exhibits and supersalesman of Expo 67’s team of world-traveling drummersup of business, who has been president of the Montreal Trade Fair and the Montreal Festival; Yves Jasmin ($25,000), the new public relations administrator, who looks as though he were born at a Madison Avenue brainstorming session and who is such an incurable silver-lining searcher that he regards the past eighteen months of world’s fair news as a million dollars' worth of free publicity; and general manager Andrew Kniewasser ($32,500), a big, blond, pale-eyed trade officer from Ot-

tawa who might have walked straight out of the Gestapo office in an old war movie, who is known by some Expo 67 people as Andy Fire-the-bastard Kniewasser, and who is not as inhuman as he sounds. There are several others (fifteen Expo 67 executives earn more than $20,000) but the one with the most astonishing credentials and the one Canadians will be hearing a great deal more about is the thirty-six-year-old director of operations, Philippe de Gaspé Beaubien ($30,000).

Beaubien wears a mustache that can only be described as French, dark expensive suits, a gold ring on each hand and modest vests that barely conceal scarlet suspenders. He smokes a meerschaum pipe and gesticulates before the green slate in his office with such enthusiasm and friendly violence that, given a chance, I’m sure he could sell the message of Expo 67 even to a Toronto editorial writer. Beaubien is an all-day Positive Thinker, so much so that each evening he and his three children dance together to a Burl Ives song that stresses the importance of concentrating on the doughnut, not the hole.

Beaubien is a member of one of the richest and oldest of rich, old French-Canadian families but, like some earlier Beaubiens, he has excelled outside Quebec. The first white baby born in Chicago was a Beaubien. Philippe at-

tended the Harvard School of Business Administration, where he earned higher marks than ninety percent of his classmates. Later, in the Toronto suburb of Scarborough, he achieved a brief, brilliant career in advertising and trucking.

Beaubien is overlord of the concessions, entertainment, maintenance and security of Expo 67 and already he’s built up a staff that includes Nathan Steinberg ($25,000) of the Steinberg supermarket chain; John Pratt ($25,000), the politician and ex-showman; and J. H. Poudrette ($25,000), former assistant commissioner of the RCMP. From the moment the fair opens Beaubien will be its mayor, impresario and supreme janitor. He’ll probably move his family onto the site but even then he doubts that he’ll ever get time to attend any of Expo 67’s theatre. “If some European prima donna falls down and gets a splinter in her behind, that’s my problem,” he says. “Or if there’s water in some nation’s basement, or a bomb threat, or lost babies, or people falling off bridges, or a couple of people collapse and the ambulance can’t get through — I’m the guy.” But long before 1967, Beaubien expects, the world’s fair will already have brought on heart attacks and breakdowns, not among tourists but among the staff.

Jean-Claude Delorme, Expo 67’s secretary, has collapsed of exhaustion twice since last spring and gone to hospital for a couple of weeks both times. Delorme is twenty-nine. 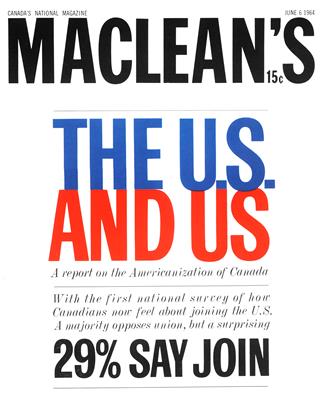