JAMES MCINTYRE wasn't a mediocre poet or an angry poet or even an unimportant one. But he was a gloriously had poet, probably the worst Canada has produced; and through the same process of inverted nostalgia that transforms nineteenth-century junk into contemporary treasures, his poems have become the subject of a tiny but flourishing literary cult. Poet James Reaney, a winner of three Governor-General’s Awards, has published some of McIntyre’s poems in his magazine, Alphabet. Other McIntyre poems are among the funniest selections in The Blasted Pine, F. R. Scott's 1957 anthology of Canadian satirical verse. William Arthur Deacon, emeritus literary editor of the Toronto Globe and Mail, even wrote an admiring book about McIntyre and three other “primitive” Canadian poets in 1927 called The Four Jameses. Some of McIntyre's work. Deacon wrote, is “quite Chaucerian in its care for details.” Now the CBC is planning a radio adaptation of Deacon’s book, written by Tommy Tweed, that will be broadcast next April.

McIntyre would never have received so much scholarly approval if his work had been merely incompetent. But because his verses were so spectacularly bad (he was capable of rhyming “Colorado” with "Nevada”), and because his main inspiration was, incredibly, the cheese industry of Ontario, he's been an academic in-joke for seventyfive years. For a poet of McIntyre's gifts, recognition that durable is the equivalent of immortality.

Literary immortality was probably the last thing McIntyre expected. He was the furniture dealer and undertaker in Ingersoll, Ont., from about I860 until shortly before his death in 1906, and his poems were written for his own and his friend’s amusement. He was a tireless civic booster, and for any civic gathering, from a maplesugar social to the opening of a parsonage, McIntyre would write a poem and, if possible, read it to the assembled crowd. Naturally, his verses attracted attention outside Oxford County. They convulsed Sir John Willison, editor of the Toronto Globe, who printed several in his paper. Apparently they convulsed a lot of other readers, too, for both of McIntyre's books, Musings On The Banks Of The Canadian Thames (1884) and Poems (1889), sold briskly when they appeared. Today they are minor collectors' items; Musings will cost you at least twelve dollars, if you’re lucky enough to find a copy.

Musings was a collection of patriotic odes to such places as Woodstock and Stratford, and they read like a Chamber of Commerce brochure set in rhyming couplets. Of Stratford, for instance, Mc-

ODE ON THE MAMMOTH CHEESE

We have seen thee, queen of cheese, Lying quietly at your ease,

To be admired by many a beau In the city of Toronto.

Cows numerous as a swarm of bees,

Or as the leaves upon the trees,

It did require to make thee please,

And stand unrivaled, queen of cheese.

May you not receive a scar as We have heard that Mr. Harris Intends to send you off as far as l he great world's show at Paris.

Of the youth beware of these,

And bite your cheek, then songs or glees

We could not sing, oh! queen of cheese.

Wert thou suspended from balloon, You'd cast a shade even at noon.

Folks would think it was the moon About to fall and crush them soon.

The ancient poets ne’er did dream That Canada was land of cream,

They ne’er imagined it could flow In this cold land of ice and snow,

Where everything did solid freeze.

They ne’er hoped or looked for cheese.

A few years since our Oxford farms Were nearly robbed of all their charms, O’er cropped the weary land grew poor And nearly barren as a moor,

But now their owners live at ease Rejoicing in their crop of cheese.

And since they justly treat the soil,

Are well rewarded for their toil,

The land enriched by goodly cows Yields plenty now to fill their mows, Both wheat and barley, oats and peas, But still their greatest boast is cheese .

To us it is a glorious theme To sing of milk and curds and cream, Were it collected it could float On its bosom, small steam boat.

Cows numerous as swarm of bees Are milked in Oxford to make cheese .

Intyre wrote: And it is a railway centre, Many a train doth here enter, And railway shops do men employ. Gives theni work and wealth and joy.

Much of McIntyre's charm stems from the fact that he wrote in this vein about everyday things like freight yards and farm machinery instead of, in the approved modern manner, dwelling on the state of his libido and the wretchedness of the human condition. But in his celebration of the commonplace, the thing that fascinated McIntyre most was cheese. This was an odd source of poetic inspiration; but in Ingersoll, writing of anything else would have seemed irrelevant.

In the early years of the nineteenth century, Ingersoll was dying because the surrounding land had been logged off and farmed out. To renew the soil, local farmers imported hundreds of cows and, since they had to do something with all that milk, started making cheese. By the 1890s Oxford County was exporting ten million dollars’ worth of cheese annually. It was an economic miracle that was all the more wondrous because it happened almost by accident; and it was McIntyre’s celebration of this miracle that made him Canada’s bestknown unknown poet.

Although he was an undertaker for much of his working life—he once wrote a poem about embalming — McIntyre had a close knowledge of the dairy industry, and wrote of “milk and curds and cream” in exhaustive detail: when to make cheese, how to care for cows (Mcintyre was very fond of cows), the importance of sanitation, the menace of high tariffs, and what to feed pigs (whey).

But his best-known poem — Deacon calls it McIntyre's “masterpiece” — was written in perfect seriousness to celebrate one of the most bizarre incidents in the history of sales promotion: Ingersoll’s manufacture of a cheese that weighed more than three tons. The cheese was a sensation at the 1866 New York State Fair and then, having acquired a really distinctive aroma, was sent to London for the exhibition of 1869. In its own way, McIntyre's Ode Ott The Mammoth Cheese is just as sensational as its subject. The rhymes arc so wretched and the theme so preposterous that the poem emerges with a certain grandeur. At the very least, it is the funniest poem ever w'ritten, intentionally or otherwise, by a Canadian. And even if it's cited as an example of how not to write poetry, the Cheese Ode should be included in grade-school textbooks and memorized by every Canadian schoolchild. It is, after all. a part of our heritage — a heritage that isn't so rich in humor that we can afford to ignore one of the best jokes in Canadian history.

BIRTH OF CANADA AS A NATION,

Who is surrounded by the water Of many a lake and broad sea,

Land of beaver and of maple tree.

Her lofty brow is wreathed with smiles, For from the far Atlantic isles In pomp have come their delegates,

All seeking to unite their fates.

With Canada great northern queen, And now throughout the land is seen, High festival and stately dance, Triumphant nuptials to advance.

And soon shall Red River valley And distant Vancouver rally,

To form this Empire gigantic Erom Pacific to Atlantic.

British infants who were nobly born

Were from their bleeding mother's bosom torn,

And with the bayonet dashed upon the street

There left to lie for native dogs to eat.

But the British Lion he quick o'erthrew,

Both the high and the low Hindoo,

Now they respect the Christian laws

For fear of British Lion's paws.

We have scarcely time to tell thee Of the strange and gifted Shelly, Kind hearted man but ill-fated, So youthful, drowned and cremated.

Johnston he is an engineer,

He always looks if track is clear,

For he hath a keen eagle eye.

And he hath too a warm true heart,

Of others' woes he shares a part;

One day he gazed far down the line. And a large dog he could define.

So eager busy on the track.

In mouth it seemed to lift a pack.

But it oftentimes did fail For to raise it o'er the rail . . .

This noble dog. it feared not danger, Fear to him it was a stranger.

His mistress child he wished to save. And all the danger he would brave.

His last great effort did prevail,

He raised it safe beyond the rail.

Into a snug and hollow spot,

A place seem'd formed for a child's cot.

¡'or his own safety took no heed,

But at approaching train did bark,

To make them to his troubles hark.

The engineer did sad bewail.

To see the dog still on the rail.

A moment more the beast is slain,

Cut in two by the cruel train.

The engineer now shuts off steam For to investigate the theme.

Finds to save child its life it lost.

Faithful in the cause of duty,

More precious than her weight in gold.

On track she wandered for to play,

But soon she in quiet slumber lay.

And all the efforts of old bowser,

Were not able to arouse her.

The mother now in agony wild,

Rushed down to train to find her child, I'here she found it sweetly sleeping.

While some for faithful dog were weeping.

And a brave man was engineer,

For he himself knew not of fear.

But his heart was filled with pain,

Because the noble dog was slain. 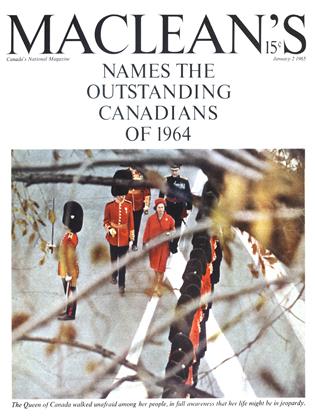