A Vancouver couple recently combined a business trip east for him with a visit to relatives in Kingston, Ont., for her. She returned home to Vancouver before he did and was pleased to find a letter from hubby arriving almost the next day — though she could only shake her head the way wives do when she noticed it was addressed to her by her maiden name. When several more letters arrived all addressed the same way she really began to think the man had taken leave of his senses. When he returned he explained all. He’d told the post office before they left Vancouver to forward all mail arriving for Mr. and Mrs. John Doe of such-and-such an address, to Kingston, and he figured the only way to get the mail through was to send it to somebody else. 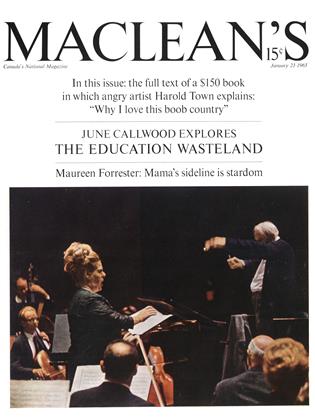