LIKE IT OR NOT, we’re all apparently powerless to stop the trend toward more and more synthetic foods. Among the latest:

FREE-FLOWING MARGARINE: A company in Cedartown, Georgia, is marketing it in plastic squeeze bottles. The stuff remains firm in the refrigerator but turns into a semi-liquid at room temperature.

• “MILK” made from plants. After nine years’ research, English scientists are about ready to put this on the market. “Plantmilk,” as they call it,

looks and tastes like cows’ milk and is said to contain about the same amounts of protein, fat and sugar. But it's made entirely from vegetable matter. by a process comparable to the one the cow uses in converting grass into milk.

• INSTANT CHEESE SAUCE: Gourmets will groan, but researchers insist that new powdered Cheddars and blue cheeses, which you can reconstitute by adding water, make tasty sauces for casseroles, soups and soufflés. 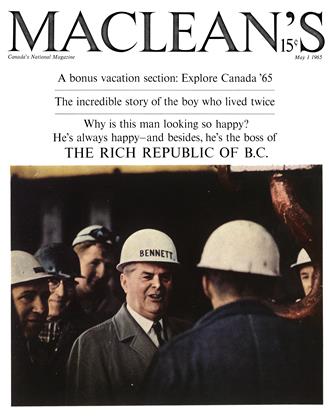