THE MANY REMEMBERED BY ‘THE FEW’ SANDRA PEREDO January 22 1966

IN THE SUMMER of 1964, a woman doctor in Krakow, Poland, appealed for help to the British Embassy in Warsaw. Her actor husband had suffered a mysterious back ailment for some years and she wondered if a subsidy for diagnosis abroad could be arranged. Not long afterwards, her husband was sent a return ticket to London. There, he received free

radiotherapy and all his expenses were paid.

In the same year, a farmer in Crete was in desperate need of money. He had recently undergone an expensive operation, floods had washed away his vineyards, and his bank manager was less than sympathetic. The farmer wrote a letter to London and soon received a substantial cheque.

These seemingly unrelated experiences appear in the 1965 Progress Report of the Royal Air Force’s Escaping Society, an association of British and Commonwealth airmen who were shot down in Europe during World War II—and who either escaped or avoided capture.

The society is one veteran’s organization that does not hold reunions simply to sing The North Atlantic Squadron over a glass of ale. Its members are more concerned with helping those European civilians who risked their own lives in order to aid the Allied fugitives. The Krakow doctor, as a young girl, was instrumental in the escape of four British servicemen from occupied Poland. The farmer in Crete defied the Germans and for several months helped British and Commonwealth servicemen to survive and get off the island.

Although branches of the RAF Escaping Society already exist in Australia and New Zealand, the 53 active Canadian members have, for the past 20 years, been content to send their individual subscriptions to the London head office. This summer, however, a separate Canadian branch was formed to co-ordinate Canadian fund raising.

“As our wartime helpers grow older,” says Alfred Martin, chairman of the Canadian committee, “they need us more. Many are ill, some are very poor. Most paid a terrible price because they did help us—we cannot forget them.”

No definite plans have been made for the fund-raising program, but Martin stresses that it will not be a charity appeal. “We would prefer to work for our money,” he says. “We hope to collect the individual escape stories of our members and publish them, either in a single book or in a

series of articles. Some stories are more exciting than others, but no two are the same—each has some element of suspense.” Martin also hopes that members of the society will be able to raise money by appearing on TV panel shows.

Martin’s own experience took place in 1943 in the northwest of France. “After I was shot down, I scouted around and actually approached six people before I found one who could help me. There was no single reaction—they ranged from being extremely frightened and wishing I’d go away to being friendly but unable to help.”

The French farmer who sheltered Martin was not a member of the underground organization, but he knew of its existence. He travelled the countryside, finally made contact with a resistance group that engineered Martin’s escape over the Pyrenees.

Jack Gouinlock, of Toronto, is another member of the RAF Escaping Society determined to keep in touch with his helpers. Gouinlock landed in a field in Belgium and was eventually moved to a farm where, although he occupied the guest room for two months, three members of the household — a small boy and two hired men — never knew of his presence. He passed the time eating, sleeping and listening to the verboten short - wave radio news from the BBC.

A third Toronto member, John Dix, was shot down in 1943 on the border between Luxembourg and Germany. He wandered for two days and was finally discovered asleep in a ditch by a farmer and his dog. “The man was speaking German,” says Mr. Dix. “But I was hungry and thirsty and it was a very big dog so I gave myself up to him. It was not until later at his farmhouse that I realized I was in Luxembourg, not Germany.”

Dix’s experiences with the resistance included several trips concealed in a flour truck, a harrowing train ride in which he narrowly evaded capture by the Gestapo (his companions were arrested) and a three-week stay with a young couple in their Paris apartment.

This last experience illustrates what

members of the society mean when they talk of the terrible price paid by many of those who helped. Shortly after Dix left Paris, the young couple were betrayed to the Gestapo. The husband, aged about 30, was tied up and beaten to death before the eyes of his wife—in an effort to force her to reveal names of other resistance workers.

When the woman wouldn’t talk, the Gestapo broke both her legs and sent her to a prison camp. After the war, this woman spent two years in hospital having her legs rebroken and reset.

“We want to help those who helped us,” says Alfred Martin. “They had nothing to gain. We as individuals would probably have faced nothing worse than internment in prison camps. They risked their lives whereas we were not necessarily risking ours." 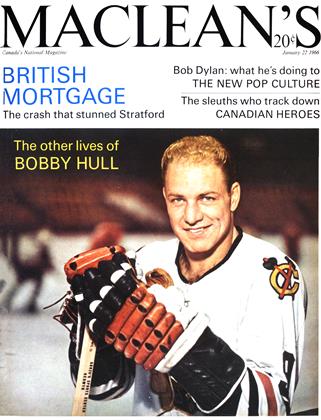